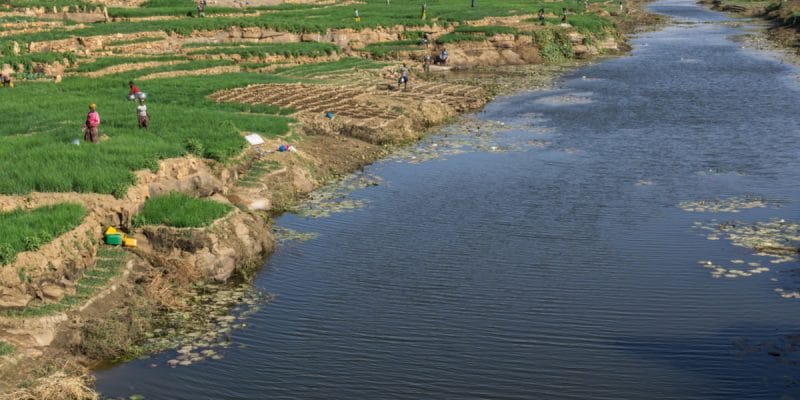 In the next two years, the Global Environment Facility (GEF) will invest nearly 936 thousand euros, or 614 million FCFA, in Togo; an additional funding to strengthen the resilience of coastal populations through income-generating activities such as market gardening.

The Togolese coast, one of the most popular places in the country until about ten years ago, is now nothing more than a shadow of itself. According to the authorities, erosion is nibbling at the coasts at an alarming rate. In the coastal village of Afidégnigban, about 15 kilometres east of the city centre of the Togolese capital, the sea is expanding at a rate of 10 metres per year on average.

In response to this rapid advance of the sea, and in view of the consequences for coastal communities, one of the measures taken by the public authorities in 2018 was to prohibit sand excavation along the coast. Many inhabitants lived or survived thanks to the commercialisation of marine sand which accelerates coastal erosion and promotes the advance of the sea.

It is in this context that the project of the Togolese branch of the World Food Programme (FAO) comes into play: finding an alternative to the ban on sand extraction. Thus, over the next two years, FAO will receive funding of €936,000, or CFAF 614 million, from the Global Environment Facility (GEF) to find other income-generating activities along coastal areas. Announcing the project on Thursday January 17, 2019 in Lomé, the FAO representative in Togo, Oyétoundé Djiwa, said that the project will focus on accompanying women and young people and training them in market gardening, aquaculture and the processing of fishery products.

A resilience programme, whose efforts are in addition to those of WACA, developed at West African level

The activities carried out within the framework of the Togolese Coastal Resilience Project undoubtedly place agriculture at the heart of debates on natural resource management and global environmental objectives. The same applies to the West Africa Coastal Area Resilience Investment Project (WACA ResIP).

Launched on November 30, 2018 in Dakar, Senegal, the project covers 6 countries in the West African coastal zone (Benin, Ivory Coast, Mauritania, Sao Tomé Principe, Senegal and Togo). Financed by the World Bank (WB), the GEF and the Togolese government for an amount of 47.3 million euros, or 31 billion CFAF, the project plans to develop resilient agriculture in the target areas. In addition, 3,000 households will be protected from flooding thanks to the storm-water basins, not to mention the creation and subsequent operationalization of 7 pilot units for processing local products.