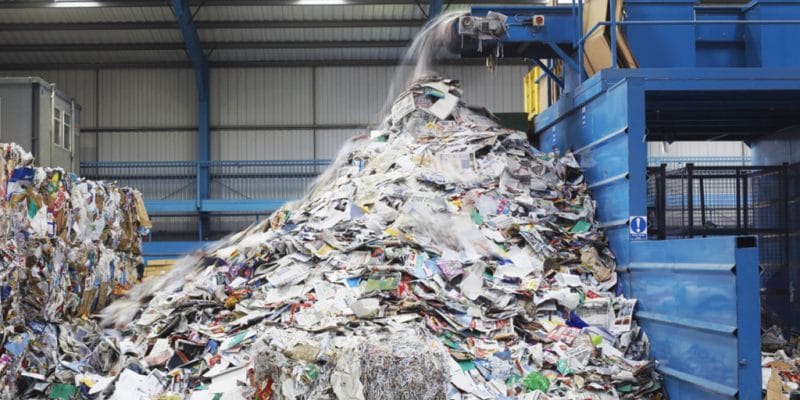 Togo's capital is overflowing with waste and so, the populations welcome with open arms the project of the African NGO Science and Technology for Sustainable Development (Stadd) to collect, sort and recycle plastic waste.

It is in Avenou Soviépé, a district of the city of Lomé, that the African NGO Science and Technology for Sustainable Development (Stadd) has installed its plastic waste processing, sorting and recycling unit. Since 2015, the non-governmental organisation has obtained this space from the municipality of Lomé. One year later, it was able to acquire its first recycling unit worth 4.9 million CFA francs, or more than 7,400 euros. The project is then financed by the support fund for youth economic initiatives (Faidj).

From there, Stadd starts construction of the processing plant. This will be followed by a three-month trial phase that has allowed the facility to process over 50 tons of waste. To function normally, the organisation needs to be able to recruit manpower. Hence the funding of 15 million CFA francs (over 22,000 euros) from the Global Environment Facility (GEF) microfinance programme. To this must be added an envelope of more than 3.3 million CFA francs from the Cultural Service Department (SCAC), an organization responsible for the design, implementation and animation of France’s cooperation actions in the fields of culture and development.

This money has made it possible to recruit 22 people who are responsible for raising awareness, collecting, sorting and recycling plastic waste. In the three-month test phase alone, 1500 households in the Togolese capital were affected by the operation. The waste collected by the NGO will be sorted, processed and sold “for industrial recycling”.

Lomé, a city of more than 1.4 million inhabitants, suffers from waste pollution problems. Togo’s capital has only one landfill, Agoè Nyivé, where more than 280,000 tonnes of waste are sent each year. This represents 80% of the waste produced in the city. The rest ends up on the street. The municipality of Lomé is trying to solve the problem (1.5 billion CFA francs are invested each year), but without convincing results.

The solution proposed by the NGO Stadd includes the participation of the populations, but in another way. It has already started a campaign to make them aware of waste sorting. This facilitates the work of its agents deployed in the field.

The organization also aims to support other Togolese cities in solving the problem of pollution by waste. Moreover, this is what she mentioned in her roadmap opening the signing of the Financing Memorandum with the Global Environment Facility. A local anchoring that has a strong chance of success since the NGO also aims to train young people in entrepreneurship to create “sustainable wealth” in several cities in Togo.