TOGO: MNS will provide drinking water to 200,000 people in Lomé 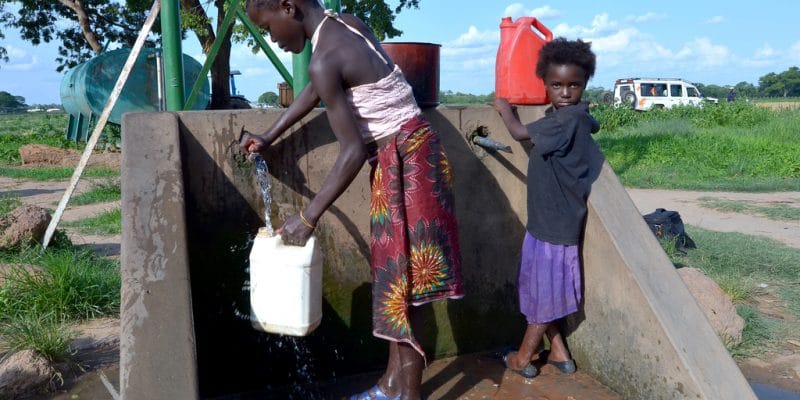 The Togolese company Midnight Sun - SA (MNS), has commissioned a drinking water supply system (AEP) in the maritime region of Lomé. This initiative is part of an EU-funded project that will supply at least 200,000 people in this region of southern Togo.

Drinking water is now available in Adétikopé, a small town located in the Zio Prefecture, about fifteen kilometres north of Lomé, the capital of Togo. The populations benefit from a drinking water supply system (AEP) that has recently been put into service there. The water is pumped from the groundwater table 140 m into the ground before being sent to a water tower more than 30 m high.

The latter is capable of holding 400 m3 of drinking water. The water then flows down to feed standpipes in several neighbourhoods. According to Midnight Sun – SA (MNS), the company that is carrying out this project, the new facility currently supplies 20,000 people. It will be able to supply 10,000 additional people by 2030. The construction of this facility is part of a larger project that will see the construction of 30 AEPs supplying at least 343 standpipes throughout the Lomé maritime region.

All these facilities should benefit 200,000 people in a few months. But the MNS company points out that it will have to drill deeper and deeper, sometimes more than 450 m, to access the groundwater table. “There are slick on the surface, but they are really susceptible to contamination by heavy metals and other pollutants,” explains Komi Atisso, MNS’s construction manager, to RFI.

This project is financed by the European Union to the tune of 12 billion CFA francs (more than 18 million euros). It is part of the Togolese government’s Water and Sanitation Programme. This is the second initiative of the authorities to provide drinking water in the maritime region of Lomé. A few months ago, Kanfitine Tchede Issa, the Minister Delegate to the Ministry of Water, Rural Equipment and Village Hydraulics, put into operation three AEPs that supply populations in at least three departments. This other project was financed by the Islamic Development Bank (IDB).