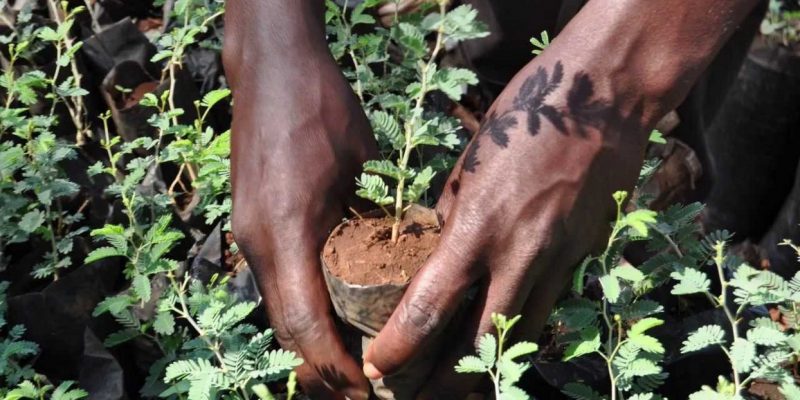 Several Togolese press groups have joined the public authorities in celebrating the 42nd edition of National Tree Day on June 1, 2019. Togolese intend to plant more than 3,000 new trees this year across the country.

The traditional National Tree Day in Togo has been celebrated with a strong participation of journalists.

“Every year, there will be a tree for Togo from each Togolese journalist, a tree for the confraternity,” said Loïc Lawson, president of the Togolese section of the International Union of the French-speaking Press (UPF). Inaugurating his term at the head of the organisation, the new UPF Togo office took the opportunity of June 1st to plant trees in the compound of the University of Lomé.

At the same time, the Association of Independent Sports Journalists of Togo (AJSIT) carried out its part of its activity in the Adidogomè district of Lomé. It all began in the morning with a sports walk that ended with an operation to plant young tree seedlings, led by a hundred journalists, along the fence of the Adidogomè Technical High School.

The splendour and media coverage of the activities carried out by Togolese journalists as part of Tree Day paved the way for the day to receive the attention it deserved. Their contributions are in line with the government’s actions.

The 2019 reforestation campaign includes the planting of 3000 trees underground

It is in Acepe Village, located 15 kilometres northwest of the capital Lomé, that the official ceremony for the 42nd day of the tree was held. “For the 2019 reforestation campaign, more than 3,000 young plants were prepared for planting in Lomé and in the country’s 5 regions. To help these plants grow, it will be up to everyone to ensure their care,” said Prime Minister Komi Selom Klassou, who presided over the ceremony.

As far as the “plant maintenance” component is concerned, a political group, the New Commitment for Togo (NET) party, has undertaken to monitor newly planted trees. “We have decided to follow these young plants for a period of 12 months, monitoring their evolution and we will water them ourselves from time to time and replace any losses,” said Grâce Bikonibiyaté Koumayi, NET’s second vice president.

Every June 1st in Togo, all citizens are called upon to plant a tree, a symbol of environmental preservation. This day was established in 1977 by the former president, the late Colonel Gnassimgbé Eyadéma, founding father of the Togolese nation.