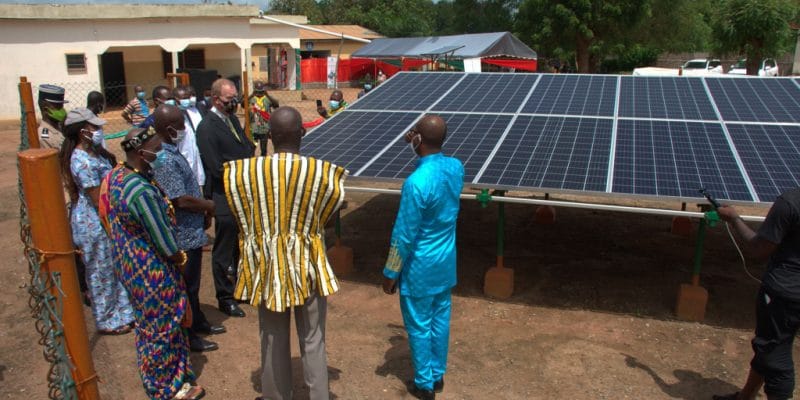 Health facilities in 20 Togolese localities will now be connected to KYA-Energy's solar mini-grids. The project was supported by a grant from the United States Agency for International Development (USAID) under the Power Africa initiative.

With a production capacity of 40kWp, KYA-Energy Group has recently invested in the solar electrification of 20 health centers in Togo, including the Anyron health center. For Yao Azoumah, CEO of this company founded in 2015, the objective is to accompany the government in its vision of electrification for all.

Thus, solar kits for example, can bring electricity directly to rural households, projects to build mini power plants are also in sight for community and industrial needs. In addition to the solar power supply, the 20 health centers have received solar powered automatic hand wash stations designed and assembled by KYA Green Energy Lab, as well as cell phone charging tables in order to generate additional income for the maintenance of the facilities and to ensure the sustainability of the equipment.

KYA-Energy will extend its products to several productive applications such as school electrification, irrigation and local agricultural processing, in Togo in particular and West Africa in general. The company has also designed a KYA-RetrofitKit gadget for the repair and management of non-functioning solar street lights. The company acted as consulting engineer in the construction of the 50 MWp Blitta solar power plant.

State-private sector synchronization is leading the country to its 2030 goal, with the promise of serving its entire population with electricity, while reducing environmental impact through renewable energy. In 2020, only 50% of Togolese had access to electricity. The government’s goal is to increase this rate to 75% by 2025 and 100% by 2030.

To achieve this, the authorities are multiplying initiatives, including the extension of the electricity network, the construction of mini-grids and solar power plants like the one in Blitta. With the support of private investors, the West African country has also commissioned a steam gas power plant in the port area of Lomé with a little over 130 million euros. By the end of 2002, the country’s first gas-fired power plant, which has a capacity of 47 MW, will be expanded to 65.5 MW, providing electricity to 263,000 households, or about 2 million people.