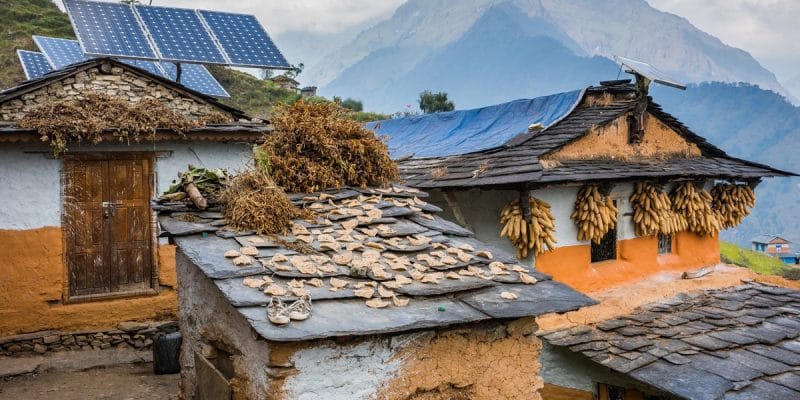 Togo's rural electrification strategy is based on the construction of eco-villages. There are already two such rural settlements in Togo that promote sustainable development and fight against climate change. Five more are under construction, and the government plans to increase this number to 500.

The Togolese government’s enthusiasm for eco-villages is considerable and internationally recognised. Based on these successful experiences, in December 2019, at COP25 in Madrid, Spain, the West African country joined the Global Eco-village Network (GEN). An experienced organisation with 6,000 eco-villages in 114 countries around the world.

Since 2017, Togo has been committed to the installation of eco-villages. Donomadé and Ando-kpomey, located on the coastal part of the country, are the first villages to have benefited from an ecological transformation. In addition to the agroecological techniques that have helped increase their harvests, the two villages have benefited from the support of the United Nations Development Programme (UNDP), which has made it possible to develop drinking water sources and build mini-solar power plants.

Besides the two ecovillages, the government and its development partners are in the process of adding five more, which will be ready by 2022. They are: Zanve in the Lakes, Klotchomé in the Plateaux, Nassiète in Dapaong, Srika in the Kara and Doufouli in the Centrale. Ecological villages, whose number could rise to 500, as the Togolese government hopes.

The establishment of ecovillages in Togo is part of a vast rural electrification programme. This is the Cizo initiative, which means “to enlighten” in Mina, a local language. Initiated by the Togolese government, Cizo aims to provide access to electricity through the supply of affordable individual solar kits to more than 2 million citizens (about 300,000 households) by 2022.

In addition to increasing the rate of rural electrification to 40%, the social component of the project will electrify around 800 health centres, equip 1,000 village water supply systems (VWS), 3,000 small farms with individual solar water pumping or irrigation systems, and the installation of 10 mini-grids using smart meters.

The total cost of the project is 308,709 euros, or 202,500,000 CFA francs. The financing was obtained thanks to the multiplication of public-private partnerships with giants in the sector such as the Togolese company Bboxx since December 2017, the French EDF (which has owned 50% of Bboxx since October 2018), as well as the Togolese company Soleva and the Japanese company Mitsubishi, since June and July 2019 respectively.