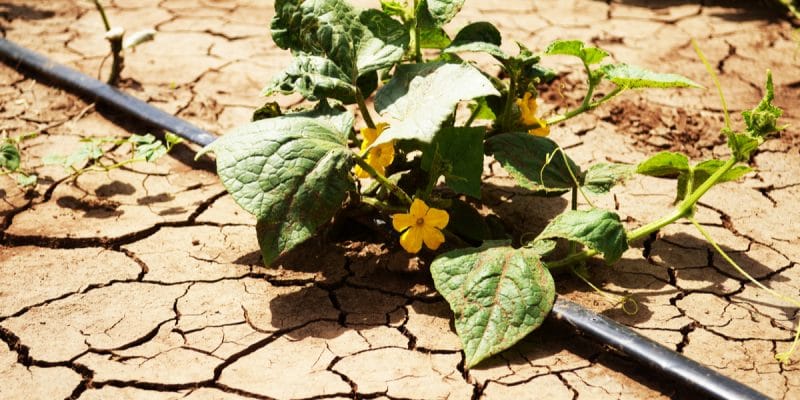 Some 15,000 irrigation kits will be made available to Togolese farmers by November 2020. This government initiative in support of the 2020-2021 agricultural campaign, in the context of Covid-19, aims to boost agricultural yields through climate-resilient agriculture.

Togo is banking on off-season agriculture to cope with global warming and the economic shock caused by the Covid-19 pandemic. The strategy announced in July 2020 by the Togolese Minister of Agriculture consists of installing at least 15,000 irrigation kits in plantations in rural areas. The government will invest about 2,021 euros, approximately 1.3 million CFA francs for each kit installed.

Distribution of the kits will begin in November 2020 with the support of Bourse Agricole du Togo, a digital platform on which Togolese farmers can be geolocated. They will benefit from the kits before gradually purchasing them via the “pay as you go” payment model.

With access to water, guaranteed even during periods of drought, farmers will be able to exploit their plantations throughout the year for massive production. According to estimates by the Togolese government, the West African country will reach a production of 225,000 tonnes of cotton, almost 2 million tonnes of maize, a little over 332,508 tonnes of rice and almost 140,000 tonnes of soya.

The details of the operation of the irrigation kits that the Togolese state intends to distribute are not yet known. However, it will be remembered that in November 2019, the Togolese government and the Electricité de France (EDF) group signed an agreement to make intelligent solar irrigation pumps available to Togolese farmers at a competitive price.

“Our solution is the combination of solar energy, access to water, digital technology and training. This solution, which has already proved its worth in domestic lighting, will also be brought to the fields for a strong improvement in the working conditions of the farmer and better production”, said Marianne Laigneau, EDF’s international vice-president.