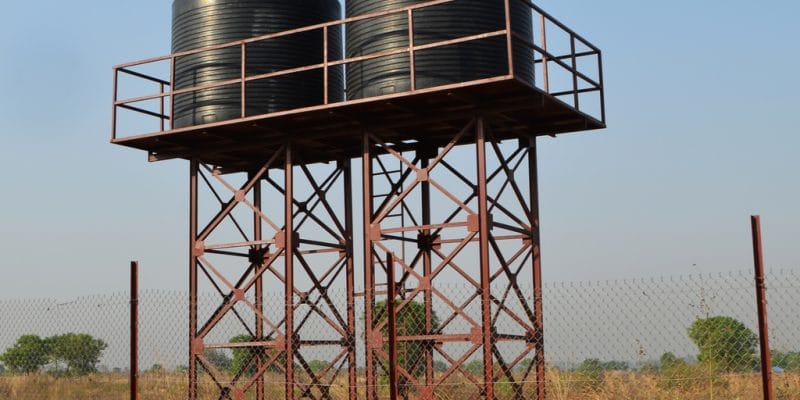 Water towers equipped with modular tanks are under construction in eight localities in the Kara region of Togo. The project is part of the programme to strengthen drinking water supply in this northern region of the country.

The Director General of the Togolese Water Company (TDE), Yawanke Waké Gbati, and the Director General of the Urban and Semi-Urban Water and Sanitation Heritage Company (SP-Eau) Assoutom Koumayi have just reviewed the progress of the construction works for the modular water towers in the Kara region in northern Togo. “The work is progressing well and there has been an increase in production thanks to the connection of some boreholes to the network,” they said.

The two managers visited the Kozah dam, which is the main source of drinking water in the Kara region. The water is more than two metres higher than last year. This water level is reassuring for this year. But alternative solutions must nevertheless be found, which is why we have launched work to increase the autonomy of the structures that consume large amounts of water in Kara,” says Yawanke Waké Gbati, the director general of TDE.

The water towers that are built in the Kara region are equipped with modular tanks. These are standard size panels that are easy to assemble and disassemble. The height of the installations is between 12 and 15 metres. The castles have a storage capacity that varies between 50 m3 and 300 m3. “These castles have the advantage of being a sustainable, economical, ecological and quality solution that meets international drinking water standards,” says Yawanke Waké Gbati, managing director of TDE. “The new model of tank is relatively less expensive compared to the reinforced concrete tank, but still has a life span of more than 25 years,” he adds.

The cost of the project to strengthen drinking water production in Kara is estimated at around one billion CFA francs (more than 1.5 million euros).