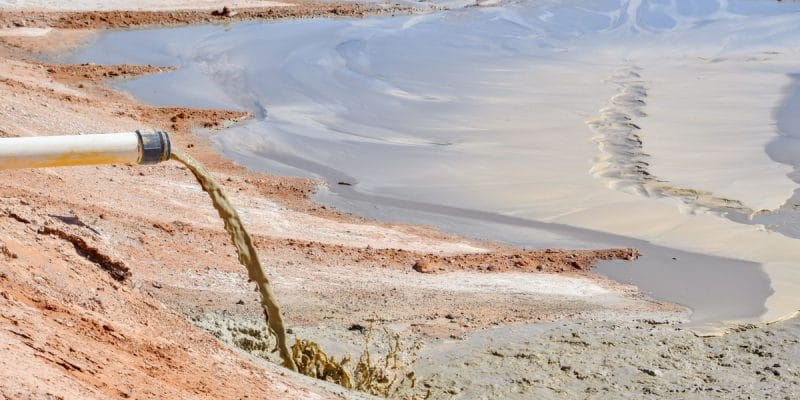 The Storage Company of Lomé in Togo (STSL) inaugurated on March 4, 2020, its hydrocarbon waste treatment site. This is a first in Togo, which comforts the government in its vision of sanitation and waste management.

This could be a source of joy for environmental activists. After years of confusion, due to the ecological impact of its activities, the storage company of Lomé (STSL) can finally operate safely. Soil contamination, linked to the operation of the petroleum product bins, now has a solution in this public company. It will proceed to the opening of a hydrocarbon waste treatment site on March 4, 2020 on the campus of Lomé.

The main activity carried out at this site consists of cleaning up the close to 3,000 tonnes of residues and waste (hydrocarbon-soaked sand and earth) from the fuel oil storage tanks. The technique used is based on the operating principle of a bio-pile. It heaps up the contaminated soil and creates favourable conditions for the development of micro-organisms, in order to accelerate the biodegradation of the contaminants. At the end of this process, 90 to 99% of hydrocarbons are removed from the soil.

The STSL’s hydrocarbon waste treatment site was built by the Ivorian company Envipur. Present in the industrial field since 2007, the company offers its services on the Togolese market since 2011. It is particularly specialised in engineering, quality, health and environmental safety (environmental studies, environmental measurements and analyses, asbestos diagnosis, advice and training).

During the handover ceremony, David Wonou Olatokoun, the Togolese Minister of the Environment, Sustainable Development and Nature Protection, congratulated STSL for this initiative, which is part of the National Development Plan (PND) launched on the 4th of March 2019, which gives a prominent place to sanitation and waste treatment. It is in this wake that the government launched in January 2020, the sanitation and waste management project in the coastal city of Aného. Estimated at a cost of 450 million CFA francs (or more than 686,000 euros), the project provides, among other things, for the construction of manual flush toilets in seven public schools in the canton of Glidji in south-eastern Togo, 50 kilometres from Lomé.