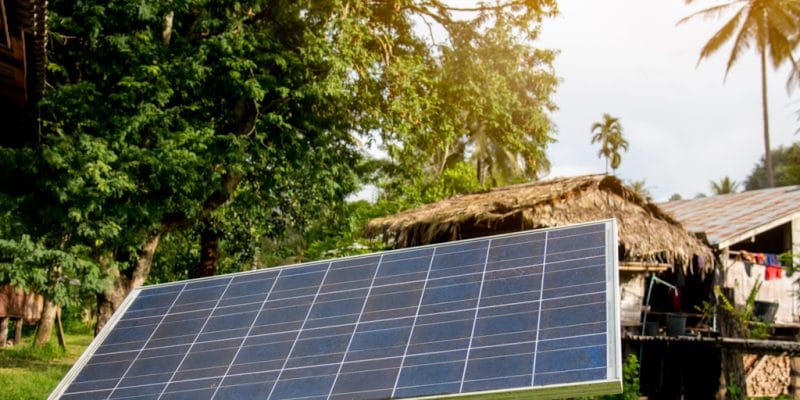 Sustainable cities and territories #2. Our series in partnership with the Africa-France 2020 Summit.

Three new actors have joined the “Cizo” project in Togo. These are off-grid suppliers Fenix International, Solergie and Moon. Subsidiary of the French energy giant Engie, the Ugandan-based company Fenix International has successfully met the challenge of electrifying 40,000 households in 2019 in Benin.

The company will compete with Solergie, which operates in Togo under a partnership with French oil giant Total. The Belgian company offers a solution called SolergieBox. It is a mini-grid made up of solar panels, an inverter and a battery for storing electricity. This off-grid solar system can supply 8 households in rural areas. Households connected to the mini-grid can pay their bills via “mobile money”, a mobile phone payment system.

The mobile phone is also a key piece of equipment in the service offered by Moon. This French company, which is also involved in the “Cizo” project, offers solar home kits. Its own is made up of solar panels, a storage system, and USB ports for recharging mobile phones. Unlike other suppliers of solar kits, its solution is accompanied by a smartphone (Moonphone) on which is installed an application that allows the payment of the solar kit in small amounts (in pay-as-you-go).

The “Cizo” project is an initiative of the Togolese government whose goal is to provide access to electricity to 2 million people living in rural areas within 5 years. Two companies are already working on this project. They are the British company Bboox, which is working in partnership with the giant Electricité de France (EDF). The “Cizo” project is also being implemented by Soleva, a company belonging to the Paygo Ventures Consortium of Wawa Energy Solutions and Aphelion Energy, two companies based in the United States and Côte d’Ivoire respectively.