Homepage » TOGO: Energy Generation will finance the projects of its laureates

TOGO: Energy Generation will finance the projects of its laureates 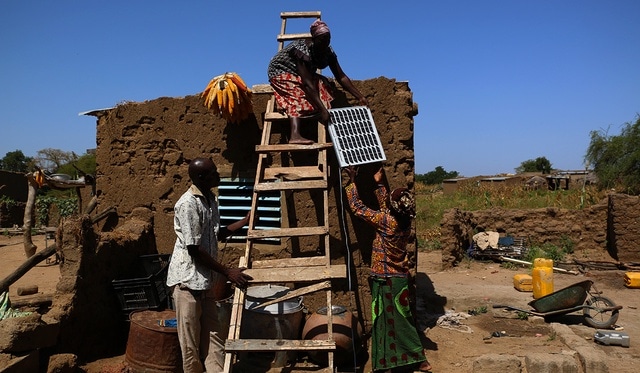 The Energy Generation Association wants to support young Africans more in the development of renewable energies. In addition to the prizes awarded, an investment fund will soon be set up to develop the winners' projects in order to help them create their business.

On Friday the 20th of July 2018 at the French Institute in Lomé, Togo, the founding president of the Energy Generation Association, made a statement that will certainly boost the efforts of young African researchers in the field of alternative energies. At the end of the Africa Energy Generation Prize ceremony, Astria Fataki promised financial support for the future winners of the award organised for the second time by her association. “The idea is to be able to accompany them for two years in the development of their project and to set up an investment fund that will allow us to invest in these projects once they are mature enough to receive an investment, so as to be present on the entire value chain of these projects, from the idea to the creation of viable businesses,” said the president of the association whose mission is to provide basic electrification to all households, while empowering young Africans through the entrepreneurial spirit.

The announcement of an investment fund dedicated to the development of energy projects for young Africans is significant for a continent that is experiencing both an energy deficit and youth employment. Recent World Bank studies put the number of Africans living without energy at 600 million. In terms of unemployment, the International Labour Organization (ILO), in 2013, put the number of unemployed young people in Africa at 38 million, or 28.5% of unemployed young people in the world.

The first prize, worth 5,000 euros, was awarded to Nigerian Abiola Ajala, who intends to set up “Sunboxes”, a kind of kiosk equipped with photovoltaic panels enabling retailers to recharge their mobile phones, power LED lights, protect themselves from mosquitoes and also from the sun.

The second prize went to the Beninese Annette Adanmenou, for her project “Energy Bio Foods”. The latter received a cheque for 3000 euros. A cheque worth 2000 euros has been awarded to the young Zambian Victor Masumba for his Hybrib Wind Tirbune project, which offers a pumping system and electricity production from wind energy to meet the needs of isolated farms in Zambia. Mechanical energy will be used to pump water from the subsoil to any depth, while electrical energy will be used to produce electricity to recharge the batteries.

The Africa Energy Generation Award is a pan-African competition, organised every two years and it is intended to promote social entrepreneurship among young people at the local level to identify, develop and widely disseminate energy generation solutions “made in Africa” today and tomorrow.