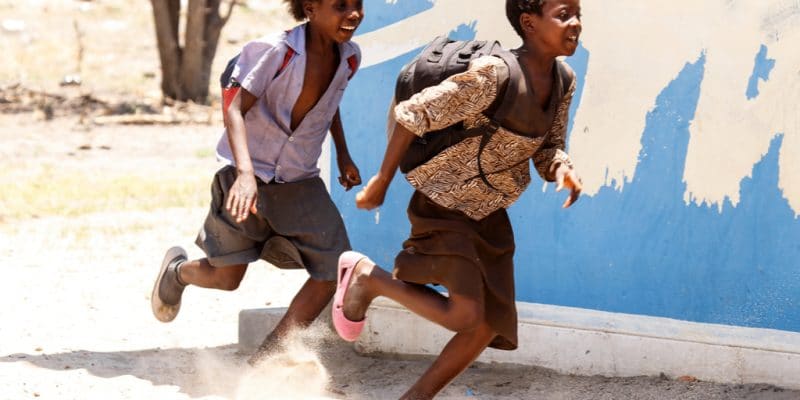 A prototype solar bag has been developed by Edem Koffi Agbéko, a young man from Atakpamé (155 m from Lomé), and he plans to sell it. He was awarded a prize during the Logex Digital and Innovation Fair held on August 24, 2019 in Lomé.

“New technologies are for Africa”. These are the words of a young African entrepreneur, Edem Koffi Agbeko, the designer of solar backpacks made in Togo, his native country. After studying graphic design and audiovisual production, the young man made his first steps into the world of cinema, notably by co-directing the film “Rêves d’Afrique” (Dreams of Africa) with the French director Remi Jennequin, and by editing the film “Mariage impossible” (The impossible wedding) of the Triomphale group in Kara. However, he succeeded in combining this passion with ecological entrepreneurship by designing the prototype of a backpack equipped with a solar device. Currently, Edem Koffi is focusing on his main challenge: finding funding to design a large quantity of backpacks to be sold.

The backpack has a solar panel that will be used to recharge an internal 4.5-volt lithium battery. The solar panel can also light a 5-watt bulb for at least 6 hours. The device can be used as lighting for a room with an average radius of 3 m2. While in use, the battery level indicator allows the user to check the battery status.

In Togo, access to electricity is 48%. A situation that has an impact on the educational performance of children living in rural areas. It is this factor that triggered the young entrepreneur to embark on the implementation of his project. In an interview with Agridigitale, a local newspaper, Edem explains that “students can carry the bag to school and along the way, it recharges itself. Back home, they can leave it in the sun so that the battery recharges enough to review the lessons in the evening”.

Edem has several other achievements to his credit. He set up a solar lighter and a solar wifi router and he doesn’t intend to stop there. He is currently working on a mobile power plant project. As he explains, the plant will have a capacity ranging from 100 to 180 watts and will allow three laptops to be charged simultaneously. The young man is counting on “the success of the solar bag to finance the second project,” he said. His dream is to conquer Africa and be a model in the world of young entrepreneurs.