Homepage » “To guarantee the profitability of the mini-grids, subsidies of 40-50% are needed” 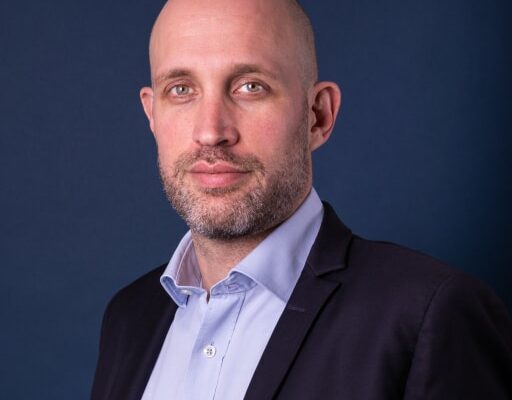 A few days after the conclusion of an agreement on the financing of the new Winch Energy IPP Holdings (WIPP) Platform, between NEoT Off-grid Africa (NOA) and Winch Energy, Afrik 21 met with Frédéric Pfister, the Managing Director of NOA. This is a platform developed by Électricité de France (EDF), the Japanese firm Mitsubishi and Meridiam, a French company specialising in the development, financing and management of infrastructure projects. With Frédéric Pfister, we look back on this important transaction (WIPP) in the mini-grids segment, NOA's policy in Africa and the investment conditions in this very dynamic sector in Africa.

Afrik 21: How did you come together with Winch Energy, a supplier of solar mini-grids?

Frédéric Pfister: At NEoT Off-grid Africa (NOA) we divide off-grid into three sub-categories, including solar kits and equivalent systems such as pumps that run on solar panels and batteries with suppliers such as SunCulture who market this solution. In the second sub-category we classify the mini grids, which correspond exactly to what we have just achieved in partnership with Winch Energy. Finally, the last sub-category concerns commercial and industrial (C & I) installations where we would come to install solar panels and batteries for a mining company, for example. These systems would then replace diesel generators used by these types of players.

NAO relies on development and operational partners such as Winch Energy. The latter came to us with a project for which it was looking for funding. NOA’s response was: “OK, we are interested in your problem. Focus on the development, construction, operation and maintenance part; and we’ll take care of the whole financing part”. We invest our own funds and we are very much a majority shareholder in projects for which we provide financing. We have already invested alongside Zola Electric in Côte d’Ivoire for its solar kit operations; we have also invested in a mini-grid project in Nigeria and more recently in the new Winch Energy IPP Holdings (WIPP) platform.

So, what is the overall objective of WIPP?

WIPP is a platform that was created by Winch Energy to carry out two projects in Uganda and Sierra Leone. The platform has just been bought by NAO. Afterwards, we are not stopping ourselves from adding other projects to this platform. Its vocation is to carry the investments of NOA and, to a lesser extent, Winch Energy.

What will NOA’s role be in the implementation of the mini-grids projects in Uganda and Sierra Leone?

We are the ones who will finance these projects. Today we have obtained all the permits. We have already started the construction process. The supply of equipment has been subcontracted to Winch, which will also operate and maintain the facilities. Basically, Winch will operate these mini-grids on our behalf.

So, the €16 million invested in WIPP represents the value of the assets that have been invested in the 49 mini-grids that are spread between Uganda and Sierra Leone. These assets are financed by a combination of grants, equity and debt. The grants were distributed at the same time as the projects because they were planned as part of the tenders that were won by Winch. Therefore, the prizes won came to us with the authorisations and subsidies. Most of the 16 million euros, i.e. 10 million euros, was financed by NOA. The funds have been released, construction has started, and the assets that will be built will belong to WIPP.

Why do you want to extend this mechanism to other countries on the African continent?

There is no exclusive relationship between Winch Energy and NEoT Off-grid Africa. Sometimes our interests are aligned. If they have projects which need to be financed and we find that they match our criteria, we can eventually finance them. This is the case of this partnership. But if we can finance other projects together to open this platform and avoid having to create a new structure, it can be done. Moreover, we are in the process of carrying out other similar projects in Benin where we are working with other companies.

NOA’s ambition is to become the main financer of mini-grids in Africa. We already have a portfolio of 59 mini-grids in Africa and we hope to have 50 more in Benin by the end of the first half of 2021. Our investments will be made through different platforms.

You want to extend the Winch Energy IPP Holdings platform to other African countries. Which ones?

With Winch, we are currently discussing the extension of our operations in Uganda and Sierra Leone. Discussions are underway with the local authorities for further expansion. There is a call for tenders being organised in Togo in which Winch is participating. We are currently discussing with them to see if we can respond together. Zambia and Niger are going to launch calls for tenders for mini-grids.

NOA’s strategy is to identify calls for tenders co-organised by governments, rural electrification agencies, and financial institutions such as the World Bank or the Deutsche Gesellschaft für Internationale Zusammenarbeit (GIZ). Because in these tenders, we know that there is a very clear and precise framework that allows investors such as NOA to obtain the level of comfort they need to come and invest.

Several Central African countries are lagging behind in their electrification process. They are less dynamic in the mini-grids segment than East African countries, for example. Yet a country like Chad, which has a fairly low rate of access to electricity (only 11.8% according to the World Bank’s 2018 report), has great potential. Is there a strategy at NOA to invest in countries like Chad or the Central African Republic?

Listen… We have a fairly pragmatic approach. We are not an impact fund. Our objective today remains to achieve a return on investment that corresponds to the perceived risks. The risks are a little greater for mini-grids. Today, we are building these facilities, but we have no guarantee that the populations in the villages will consume the amount of electricity we have planned.

We have no problem working in Chad or the Central African Republic if we are guaranteed the conditions necessary for the implementation of our projects.

What are these conditions?

For example, there is a real electrification policy, carried out both by the State and a sponsor which is an International Development Bank. The mini-grid sector is not yet very structured. Today, subsidies in the order of 40 to 50% of the total investment are needed for the project to be profitable. Otherwise, they are financial chasms and no investor will want to go there. In countries such as Chad, the Central African Republic or the Democratic Republic of Congo (DRC), frameworks do not yet exist. There is therefore a tendency to wait until a framework is created before starting to prospect in these countries.