Homepage » Thierry Téné: “CSR in Africa, a key approach to preserving the environment”
This article is part of the dossier
AFRICA: CSR, NOW AT THE HEART OF SUSTAINABLE DEVELOPMENT

Thierry Téné: “CSR in Africa, a key approach to preserving the environment” 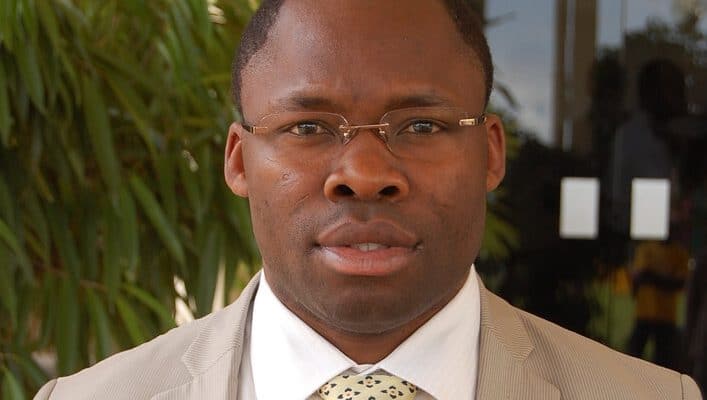 At a time when companies around the world are re-evaluating the impact of their activities on populations and the environment, Afrik 21 met with Thierry Téné, Managing Director of Afrique RSE (Corporate Social Responsibility) to discuss the challenges of adopting such an approach on the continent.

Afrik 21: How would you define corporate social responsibility (CSR) in an African context?

In the African context, corporate social responsibility (CSR) refers to a company’s compliance with all social, fiscal, environmental, industrial and economic laws. In addition, the said company must dialogue with its stakeholders (customers, service providers, employees, suppliers, etc.) in order to meet their expectations. I would like to remind you that in Africa many companies are far from respecting these different legislations.

And what about the impact of companies on the environment?

You have been working in the sector for several years. Over time, have you noticed a notable evolution in terms of companies taking CSR into account in Africa?

Yes, there has been a significant evolution on two levels. There is now a requirement for companies to publish extra-financial reports on their CSR commitments. We are currently conducting CSR audits in African companies and this is brand new. Three or five years ago, the focus was more on training and awareness-raising, but now it is more about CSR diagnostics that are commissioned directly by African companies. Financial development institutions such as the World Bank and the French Development Agency (AFD) are also committed to CSR in Africa. They have signed the Equator Principles, which state that for any investment over $10 million, financial institutions investing in Africa must ensure that they take ESG (environmental, social and governance) risks into account. For example, the World Bank threatened to stop funding the Lom Pangar dam because Cameroon was not sufficiently aligned on ESG issues. This had a direct impact on the consideration of CSR in this Central African country. In addition, two years ago we drafted the CSR policy of the Development Bank of Central African States (BDEAC) and that of the West African Development Bank (BOAD). Naturally, this awareness is far from being widespread on the continent.

What about the legal framework?

Currently, there is no specific legal framework for CSR on the continent. There is certainly Morocco, where the Casablanca stock exchange has required that companies listed on the stock exchange publish extra-financial reports on the model of what the Paris stock exchange (in France) requires. At the same time, companies located in countries where a CSR framework does not exist are obliged to follow the logic of their group because, in terms of CSR, the most important thing is the publication of CSR reports on the basis of a framework defined by the public authorities, the public market or on the basis of a voluntary principle defined by the company itself.

Are there any model countries?

One of the first countries to implement a legal requirement on CSR is Mauritius, with a law requiring companies to allocate at least 3% of their turnover to social projects. Tunisia is also advanced in CSR. This North African country has already integrated a CSR policy into its legislation and the application decrees should appear soon. In Morocco, on the other hand, the dynamic is rather driven by the private sector, in particular the Moroccan employers’ association which launched a CSR label a few years ago. In Central Africa, the DRC has incorporated specific references to CSR in its mining code. The country has also launched the IDAK (Initiative pour le développement durable du Katanga), which contributes enormously to improving CSR in the mining sector. Burkina Faso is also a model country in terms of CSR, notably through the multiplication of calls for tender for the implementation of this approach in public companies. Finally, in Benin, the government is in the process of adopting a charter on corporate social responsibility.

What is the strategy for encouraging more actors to adopt this more “sustainable” policy?

We need much more awareness-raising and training. Because there is a link between corporate social responsibility and the performance of these companies and it is by raising awareness that we can act. More surveys, analyses and studies are needed. We need to focus on supporting governments in the area of CSR public policy, because in order to advance CSR, we need CSR public policies. In this context, we are already supporting the Cameroonian government in the development of CSR public policies. We will produce more barometers such as the “SBF 120 CSR Barometer” where you will find the results of the analysis of the CSR practices of nearly 1,200 African subsidiaries from the 120 largest French companies. This approach was the subject of a communication to denounce the fact that these subsidiaries rarely or not at all publish CSR reports, unlike their parent company.

Can we also consider the polluter principle as a solution?

It is an incentive, but sometimes the regret in African countries is that the compensation that companies have to pay for environmental non-compliance is derisory in view of the turnover of the companies involved. So, in the end, it is the polluter who gets the upper hand. I would like to remind you that the polluter pays principle only refers to one of the central issues of CSR, which is the environmental issue.

CSR is also about social issues. Looking at the actions of some companies, one gets the impression that it is more a question of philanthropy. Is there a borderline between CSR and philanthropy?

Unfortunately for many African companies, CSR is only perceived as philanthropy and not as part of their business strategy. They will limit their CSR to the core issue of “community and local development” through social actions. These actions are generally covered by the media. These initiatives are most often carried out by corporate foundations. This is the place to remind ourselves that a company’s foundation is not necessarily the company itself. So, we have a big challenge here, reminding companies that CSR encompasses seven central issues: governance, fair practices, human rights, labour relations and conditions, the environment, customer/consumer issues, and local development communities. For a company committed to a CSR approach, these issues must be integrated into its business model and meet the expectations of all stakeholders, whether they are employees, local communities, environmental NGOs, etc.

What does it cost a company to implement a CSR policy?

When we say CSR, we are immediately asked the question of costs. Let’s put things into context. What are these costs in relation to? Let’s take a company that is not compliant on social issues. It does not declare its employees, it does not pay the elements of individual protection to its employees, it has not affiliated its employees to the social security organisation, it does not have health benefits for its employees, etc. If such a company wants to engage in CSR, a prerequisite will be asked to be put in place. This prerequisite is already linked to the regulations that must be complied with, and so it will have a cost that the company had not previously taken into account. On the environmental side, if a company is not compliant with environmental laws and wants to engage in CSR, the first requirement will be compliance with the environmental code which may have a cost, but this cost is not due to CSR. It’s a requirement that the company wasn’t paying. Once you have brought the company into compliance, you dialogue with your stakeholders and the question of costs becomes relative.

Employers’ associations are also an important lever for the deployment of CSR in Africa. Almost all employers’ associations in Africa have a CSR committee, notably the Confederation of Tunisian Enterprises (CONECT) and the Confederation of Moroccan Enterprises (CGEM). It is regrettable that these associations do not do enough. Many of them have ethical codes and/or charters, but what is the value of these rules when their members are not in compliance with social, fiscal and environmental issues?

Finally, when we talk about CSR, we think of the commitment of companies to achieve carbon neutrality. Is this possible? Or not?

First of all, it should be remembered that all African countries signed the 2015 Paris Agreement on the reduction of greenhouse gases, even though the continent only emits 4% of global CO2 emissions. To reduce greenhouse gas emissions in companies, you first have to carry out a carbon assessment, then put in place corrective actions. Now, as there are emissions that we will never be able to avoid (incompressible emissions), we are going to carry out this compensation that will lead us to carbon neutrality.

Almost all the major international groups are committed to carbon neutrality, which has repercussions for their subsidiaries in Africa. One example is Orange, which is aiming for carbon neutrality by 2040. In addition, many oil groups, such as Total Energies, are gradually turning away from oil and I regret that African states do not perceive these risks. Because the question is how companies whose business is based on selling oil and therefore carbon will generate profits when the price per tonne of carbon increases drastically. That’s what’s at stake.