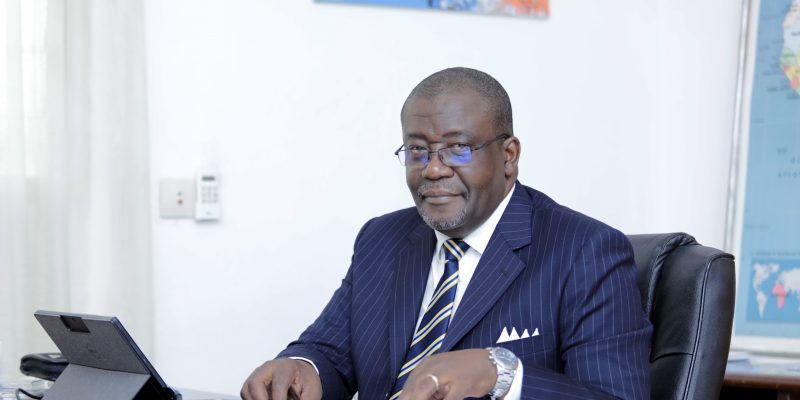 Access to drinking water remains a challenge in Africa. The health crisis due to the Coronavirus has only exposed the already existing gaps in the supply of drinking water. AFRIK 21 contacted the Executive Director of the African Water Association (AfWA), Sylvain Usher, to understand the difficulties in drinking water supply, the challenges and solutions to improve the situation.

Afrik 21: Covid-19 affects Africa and the rest of the world. One of the backward gestures advocated by the World Health Organization (WHO) is hand washing. This remains a challenge in Africa where not everyone has access to safe drinking water.

How do you see water management in Africa at this time of health crisis due to the coronavirus?

Sylvain Usher: Covid-19 has made several countries realise the need for water for something as basic as hand washing. In this context, some countries have taken measures vis-à-vis water companies to facilitate the distribution of water to populations. In some places, water has been made free of charge for certain categories of customers, and for others the deadline for payment of bills has been deferred. It was found that in some cities, the companies that billed water in April, for example, the government paid these bills itself, and in other cases, the payment deadline was postponed to August or September for some. In some cities, the State has strengthened the supply of drinking water in unserved areas.

Thus, a number of actions have been carried out to distribute water to the population at the height of the health crisis. And of course, this situation put a lot of pressure on the distribution companies, since before Covid-19, they were already, in most cases, experiencing difficulties in providing water; so during Covid-19, more water had to be provided. A lot of water distribution systems have changed, and the way of working has changed as well, since the staff of the water companies had to be protected.

With telecommuting, some workers were sidelined; those who were in the field were forced to repair breakdowns in the water systems. And the ways of intervening have changed, since it is no longer possible to get up and take a vehicle to go to a construction site. You have to take every possible precaution. Otherwise, in most countries, the water companies have done what is necessary and the authorities have realised the need to develop the water networks so that we don’t have to wait for situations like the Covid-19 to boost them.

Despite billions invested in the drinking water sector, Africa, especially sub-Saharan Africa, is still lagging behind with 400 million people without a secure source of drinking water supply according to the World Bank. Why is it so difficult to achieve the sixth sustainable development goal (SDG), which aims at universal and equitable access to safe and affordable drinking water for all by 2030?

We are not yet in 2030, so we cannot say that we have not achieved the sixth sustainable development goal.

But there are 400 million Africans who still do not have access to safe drinking water. Isn’t that what leads to pessimism?

The figures speak for themselves and there is much to be done. But if we are to reach the MDGs, we must change the way we mine, redouble our efforts at the level of public authorities to finance projects. The water sector is very particular. We can live without energy, but we cannot live without water. There are several factors that explain the difficulties in the development of the water sector.

Firstly, water is not equally distributed in Africa. There are regions that have an abundance of water… These are rivers, streams, lakes and the water table. However, there are regions that do not have enough water. Then the available water must be treated to distribute it to the people. This requires equipment, works and funding to carry out the projects. And then there are the structures that treat and distribute the water. In most African countries, these are state-owned companies; as such, they are managed like any administrative department with slow administrative and management procedures. The costs of services should also be noted, since when a company is created, and its mission is to treat and distribute water, it sells this water at a certain tariff. But it turns out that in our African countries, the cost of the service is not covered at all by the tariff because water is considered as a social good. And unfortunately the governments

The problem in rural areas is that the profitability does not allow for investment as it should normally be done. The problem is also technological. Low-cost technologies must be found, and the decentralization of water supply must be carried out in order to achieve attractive costs.

The countries of North Africa do not have huge freshwater resources, as is the case in some sub-Saharan African countries. However, the rate of access to drinking water has improved significantly in the North, exceeding 80% in 2018 according to the World Bank. Meanwhile, the situation is stagnating in sub-Saharan Africa. How can this contrast be explained?

It all depends on political will. When you look at a country like Morocco, the drinking water coverage rate is almost 100% in urban areas and 98% in rural areas. They don’t have huge water reserves, but they organize themselves so that people can have water. It is only political will; the solutions exist.

What role does the African Water Association (AfWA) play in improving access to drinking water in Africa?

In Africa south of the Sahara, is it possible to favour public-private partnerships (PPP) to facilitate the development of drinking water projects as is currently the case in the electricity sector?

PPP is not necessarily a panacea. We have had cases in certain countries where private companies have set up in particular during the period of institutional reforms of the water sector in Africa, but unfortunately the system has not worked. We also have situations where the company was entirely public, given the management standards that have been put in place, and the management by objectives that have been assigned to the company, the figures have progressed normally.

Can’t the PPP be a rampart against administrative slowness?

North Africa is facing water stress that is worsening over time. This situation is also at the root of current tensions between Sudan, Egypt and Ethiopia over the Renaissance dam on the Nile, which could reduce the flow of the river. Should North African countries not turn more to unconventional water resources such as desalination and reuse of treated wastewater?

At the level of wastewater reuse, there is still a cultural problem that makes us Africans, whether from the North or the South, not quite ready to drink drinking water from treated wastewater.

As far as desalination is concerned, we need to have access to the sea. If we take the example of Ethiopia, the country does not have access to the sea… For Sudan, there is the Red Sea; here again, everything depends on the degree of salinity of the water and the desalination costs. Desalinated water must be able to have a cost that allows people to buy water. It is true that today desalination technology costs a little less than a few years ago, but the costs are still a little high.

Africa has about 5,000 million m³ of water from rivers, lakes and groundwater. And we use only 4% of the available resources for power generation, population supply and irrigation. What we should be looking at is how to distribute this water so that even people in arid areas can receive water. Of course, there are investments being made, but in relation to desalination, it is an option to consider. Desalination is not necessarily an option for all countries. Some countries are embarking on desalination, but others do not have the financial opportunities to do so. I think that we must first use the available resources and put them to good use by solving the problems of water leakage, what we call unbilled water. Some countries can lose up to 50.60 and even 70% of the water in the network.