Homepage » The strength of decentralised solutions: water, now, everywhere in Africa
This article is part of the dossier
WORLD WATER DAY 2021 : WATER AND SANITATION IN AFRICA

The strength of decentralised solutions: water, now, everywhere in Africa 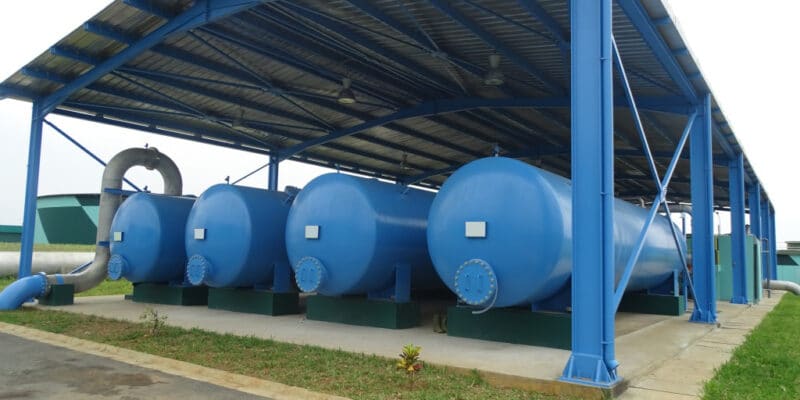 SUEZ, a French specialist in environmental services, has developed decentralised solutions that accelerate the deployment of access to drinking water throughout the world. These are decentralised units, known as UCD®, which SUEZ installs in cities with rapid population growth, rural areas and even on industrial sites to produce drinking water or treat wastewater. Several African countries, such as Ivory Coast, Ghana and Benin, are already benefiting from these solutions.

After decentralised energy, modular and containerised systems are now also revolutionising access to drinking water in Africa. This easy-to-deploy equipment is supplied by operators like SUEZ. The Group, which specialises in water and waste treatment, has developed its own decentralised solution: the UCD® (Degremont Compact Units). These containerised systems are already in operation in several countries, particularly in Africa. UCD®s are compact, prefabricated drinking water production plants, transported in metal containers. These plants have all the technology of traditional concrete plants.

This equipment is therefore a major asset in meeting the challenge of access to drinking water (UN Sustainable Development Goal 6, 2030) on the continent at a time when one in four Africans do not have a safe source of drinking water according to the United Nations (UN). The situation is more critical in rural areas, which are often difficult to access and less profitable for the extension of the drinking water supply network.

The efficiency of this system is thus proven, and it can treat groundwater, dam water and water pumped from rivers. The containerised units are easily transportable and are suitable for rural areas and can thus meet the specific needs of each locality, including those of secondary towns. 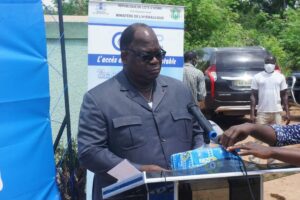 In 2019, SUEZ has received approval from the National Drinking Water Office (ONEP) of Ivory Coast to deploy 40 UCDs in 31 secondary towns. These plants, installed in less than 24 months, will provide drinking water to more than one million Ivorians. The project, financed via a loan from the French Public Investment Bank (Bpifrance), as part of the “Water for All” programme implemented in Ivory Coast with the aim of achieving universal access to drinking water by 2030.

An ally for municipalities

This project to supply drinking water to 31 secondary towns, entrusted to SUEZ, was implemented after an initial order from the Ivorian authorities to improve access to drinking water in several localities in this West African country.

n to ensure the continuity of drinking water production during the construction or extension of concrete or desalination plants.

These units can also reinforce the capacity of a drinking water production plant with a new treatment stage or technology.

For example, a compact unit has been installed in the municipality of Kalabancoro in the capital Bamako, Mali. This plant is capable of treating 22,000 m3 of water pumped from the Niger River daily for the inhabitants. Thus, during the construction of the water treatment plant in the Kabala district, which was completed in 2020 and has a capacity of 300,000 m3 per day, the UCD unit in Kalabancoro ensured the supply of the population.

UCDs® are also deployed rapidly in response to humanitarian disasters, caused by earthquakes, cyclones or tsunamis.

UCDs can also be used to treat wastewater outside the central network, particularly in the outskirts of large cities, in secondary towns or for industry.

Finally, SUEZ is integrating this solution into its “Smart Village” innovation project, the aim of which is to provide an integrated solution for providing basic services to isolated or rural populations. The Smart Village offers a drinking water treatment unit that is self-sufficient in electricity thanks to solar panels, as well as micro-methanisation of latrine sludge and organic waste to produce biogas used for cooking. “To meet local needs, UCD’s shipping containers can be reused and organised to host other services such as WIFI, money transfer, or as a post office. In other words, this solution creates real “city centres” in remote areas of developing countries to encourage the sedentary lifestyle of populations while offering concrete solutions to the challenges of access to essential services,” explains SUEZ. In other words, an agile and complete solution for sustainable development.