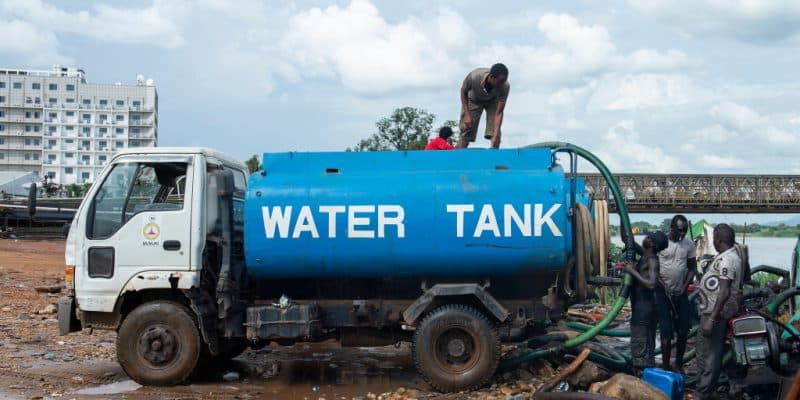 A large part of Tanzania has been facing water shortages for several weeks. Faced with this situation, which is worsening in several towns, the authorities are putting in place restrictions that are pushing the population into a certain resourcefulness.

Until now, Tanzania has been relatively spared by the drought that has affected East Africa for more than four years. The drought is moving southwards, now affecting several cities in Tanzania. The economic capital Dar es Salaam is probably the most affected by the water crisis, certainly because of its estimated population of 5.5 million. The Ruvu River, its main source of water supply, is drying up.

The Dar es Salaam Water and Sanitation Authority (DAWASA) usually takes 466,000 cubic metres of raw water from it every day. In response to the crisis, the government agency has reduced this capacity to 300,000 m3 per day. This decision has had serious repercussions, as DAWASA has also decided to interrupt the water supply every other day in Dar es Salaam. However, the needs of this city on the Indian Ocean are estimated at 500,000 m3 per day.

In Dar es Salaam, water supply has become a real headache for households and businesses alike, who are forced to turn to bicycles, motorbikes or tankers that sell water bought sometimes more than 30 km away. While a gallon of water costs 700 Tanzanian shillings (30 US cents) in Dar es Salaam, the same amount is sold for 1,000 shillings (more than 42 cents) in Namanyere, a township in western Tanzania where the water crisis has also been exacerbated in recent weeks.

And according to weather forecasts, the drought is expected to continue. This affects the water supply of several cities, despite the fact that Tanzania is one of the countries in East Africa with significant freshwater resources. In addition to the Rufiji, Mara and Pangani rivers, Tanzania is bordered by several large freshwater lakes, notably Lake Victoria in the north and Tanganyka in the west.

The drought that affects the whole of East Africa is particularly intense in the Horn of Africa, notably in Somalia and Ethiopia. According to the Intergovernmental Authority on Development (IGAD), the sub-region is experiencing one of the worst droughts in 40 years. The drought, which is now in its fifth consecutive year, is caused by La Niña, a climate phenomenon that manifests itself in intensified cyclones in the Pacific and drought in South America and East Africa.