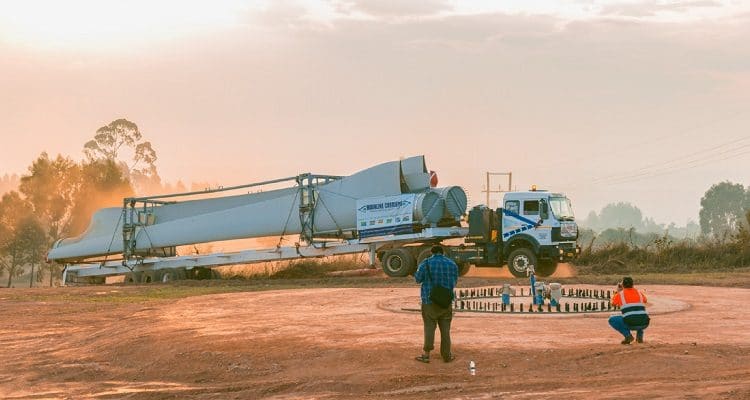 Rift Valley Energy Group has just completed the financing of its wind power project under development in the town of Mwenga in Tanzania. The project will supply electricity to a small rural grid and has completed its financing round through the Renewable Energy Performance Platform (REPP), a UK government-funded renewable energy financing platform.

The Mwenga wind project in Tanzania’s Mufindi district is gaining momentum. The operator of the Rift Valley Energy Group project has just completed its financing thanks to a $1.2 million investment from the Renewable Energy Performance Platform (REPP), a dedicated renewable energy financing platform entirely funded by the UK Government’s Department for Business, Energy and Industry Strategy (BEIS).

Construction work on the Mwenga wind farm is ongoing following the financial close and will soon be delivered. The three wind turbines are located near the village of Usokami, located in the Kihansi Basin, Iringa Region, Southern Tanzania. In this part of the country, logging and agriculture are the main income-generating activities for the population. Yet they are highly dependent on a regular supply of electricity, hence the need for this wind project, which will generate 2.4 MW.

A project in support of a hydroelectric plant

In the Iringa region, Rift Valley Energy Group has established a 400 km power grid that supplies 4,500 homes and businesses in 42 villages. The electricity distributed by this small private grid is generated by a 4 MW hydropower plant, and Rift Valley Energy Group plans to expand its grid to electrify up to 5,500 households over the next two years. 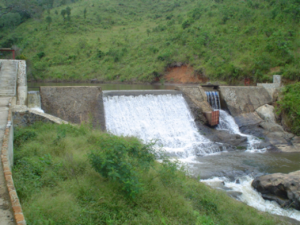 With the increasing drought in Eastern and Southern Africa, the dam level drops significantly in the dry season, affecting the output of the Mwenga hydropower plant. “The wind is stronger in this particular area (at Mwenga) during the dry season, and having electricity from a wind farm close to (and powered by) our rural grid would help to compensate for the lack of electricity generated by the hydropower plant during the dry season,” explains Mwenga Power Services, the company set up by Rift Valley Energy Group to operate its small power grid.

A boon for the local tea industry

“Complementing the existing hydropower plant with a wind farm is a smart move that will enable Rift Valley to significantly improve the quality and reliability of its rural grid, which has already had a positive impact on thousands of homes and businesses in Tanzania,” says Geoff Sinclair, Managing Director of Camco Clean Energy, the REPP investment manager.

Besides the Renewable Energy Performance Platform (REPP), the Rift Valley Energy Group’s wind project is supported by the Trade and Development Bank (TDB Bank), a commercial bank owned by member states of the Common Market for Eastern and Southern Africa (COMESA). This renewable energy project will enable the development of the tea industry through the availability of electricity for the processing of this aromatic plant in the Iringa region. It is one of the five main tea producing areas in Tanzania, along with the Njombe, Mbeya, Tanga and Kagera regions.