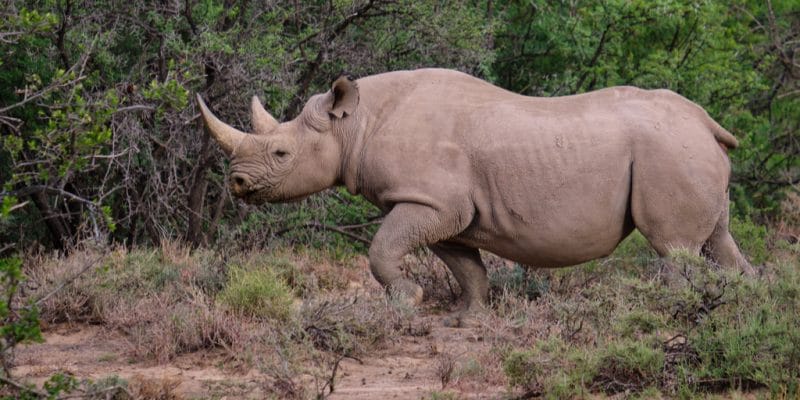 The Serengeti National Park in Tanzania recently welcomed nine black rhinos. They come from South Africa and are expected to multiply and contribute to saving this endangered species.

The Tanzanian government has made a move in favour of wildlife conservation. The Department of Natural Resources has transferred nine black rhinos. They come from Thaba Tholo, a 37,000-hectare game farm in Limpopo province in northern South Africa.

These large mammals were taken to Serengeti National Park. The Tanzanian Ministry of Natural Resources promises to do everything in its power to ensure the safety of these pachyderms. The survival of these rhinos is an absolute necessity for Tanzania, as this species is seriously threatened with a population reduced to 167 individuals according to the Ministry of Natural Resources.

An endangered species on the verge of extinction

Throughout Africa, the rhino horn continues to fuel widespread trafficking. Sold on the black market, these products are destined for the Asian continent where they are used in traditional pharmacopoeia. According to environmental advocates, since 2008, about 5,940 African rhinos have been slaughtered for their horns.

This phenomenon particularly affects countries in Eastern and Southern Africa. In Mozambique, it is growing and justice no longer hesitates to imprison traffickers. Recently, a Chinese national was sentenced by a Maputo court to 15 years’ imprisonment and a heavy fine. He was arrested at the airport in the capital Maputo, with 4.5 kg of rhino horns in his possession. This is an important blow to Mozambican justice.

According to local media reports, judicial authorities in this southern African country have regularly released poachers, even those caught in the act, on bail, to the great displeasure of the police and other stakeholders in the forestry and wildlife sectors. The conviction of this trafficker of rhino horns could have a deterrent effect on other traffickers.

A ray of hope?

While black rhinos still resist poaching for the time being, white rhinos in the north are not. Of this species of African rhino, only two animals are remaining, females named Najin (30 years old) and her daughter Fatu (19 years old). They currently live on a reserve in central Kenya. The last male northern white rhino died on March 19, 2018. Until now, the fate of this species seemed sealed.

The work of a team of scientists, however, gives rise to hope. They succeeded in creating two embryos from oocytes from Najin and Fatu. These eggs were fertilised with the sperm of four male rhinos who had died for years but nothing is yet certain.

We still have to find surrogate mothers, especially white rhinos. Scientists believe that Najin and Fatu are unable to carry a pregnancy to term. It will therefore be necessary to find female white rhinos from the south to implant the embryos. A complex operation for which it remains to imagine the insemination technique of this mammal that can weigh up to 2,300 kg for the male and 1,700 kg for the female.