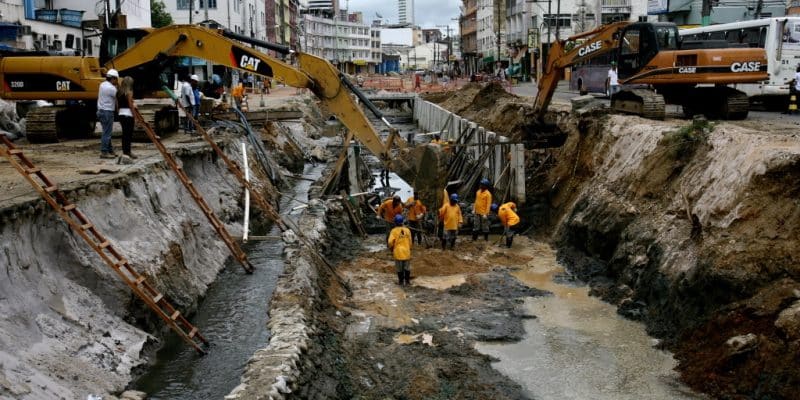 The Mwanza Water Supply and Sewerage Authority (MWAWASA) and the Lake Victoria Basin Commission (LVBC) have signed an agreement with the European Union (EU) and Kreditanstaltfür Wiederaufbau (KfW) to finance the Mwanza Sewerage Upgrading Project (MSNUP). Valued at US$12.7 billion, it aims to reduce wastewater pollution in Lake Victoria.

Improving sanitation in Mwanza. This is the aim of a financing agreement recently reached in Tanzania. The “Mwanza Sewerage Upgrading Project” (MSNUP) is receiving $12.7 billion from the European Union (EU) and the German development agency Kreditanstaltfür Wiederaufbau (KfW). The funds are allocated to the Mwanza Water Supply and Sanitation Authority (Mwawasa) and the Lake Victoria Basin Commission (LVBC), which are implementing the MSNUP.

The project will involve the construction of 14.4 km of infill sewers. The collected effluent will be transported to a new treatment plant at Ilemela in the northern town of Mwanza. The objective of this project initiated by the East African Community (EAC) is to reduce the amount of liquid waste discharged into Lake Victoria from coastal towns such as Mwanza. The city’s effluent contributes significantly to the pollution of Africa’s largest freshwater lake, which is 68,800 km long, resulting in the loss of its aquatic biodiversity.

In addition to Mwanza, MSNUP works will be carried out in Igogo, Kitangiri, Kirumba, Pasiansi and Nyamanoro. In addition to improving sanitation, the initiative will bring the Tanzanian government closer to its goal of reducing pollution in the country by 30% through the expansion of sewerage and sanitation systems by 2025.

The MSNUP project is a component of the Integrated Water Resources Management Programme (IWRM) that will reduce pollution of Lake Victoria by wastewater from industries and households in major cities bordering this vast body of fresh water, including Tanzania, Kenya and Uganda. Rwanda is also involved in this programme.