Homepage » TANZANIA/KENYA: A guide to the rational use of water from the Mara River

TANZANIA/KENYA: A guide to the rational use of water from the Mara River 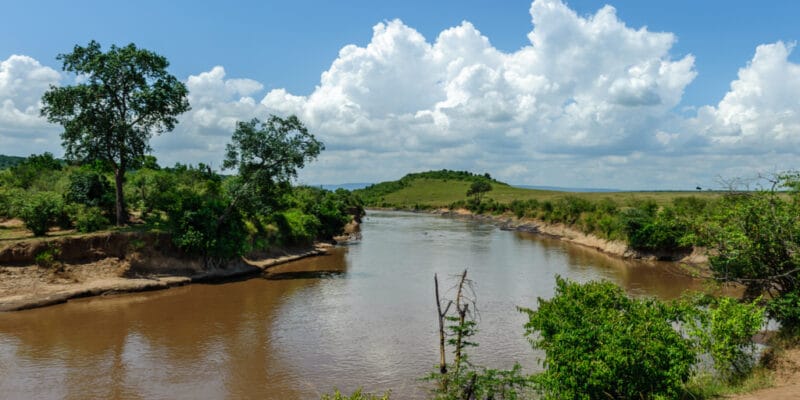 Conflicts over the use of transboundary water from the Mara River are increasing. In response, the Tanzanian government is developing a Water Allocation Plan (WAP) for this famous East African river.

According to the Tanzanian Ministry of Water, the transboundary Mara River provides 2,947,104 m3 of water per year. The Tanzanian part of the basin contributes 709,344 m3 and the Kenyan part 2,237,760 m3. But the water from the Mara River is still insufficient to meet the needs of the people, the biodiversity reserves and the socio-economic development of Tanzania and Kenya who share the resources of this watercourse.

In order to meet their daily needs, the populations have embarked on a kind of water hunt, draining the resource necessary to safeguard the biodiversity that evolves in the Mara River basin, notably the Serengeti National Park in Tanzania and the Masai Mara Reserve in Kenya. To preserve water resources in the 13,325 km2 Mara River Basin, the Government of Tanzania has developed a Water Allocation Plan (WAP).

The WAP will assess the quantity and quality of water resources available in the Mara River catchment. The decline in the river’s water level has been further intensified in recent years by deforestation and significant sedimentation from erosion. These impacts, combined with the effects of climate change, could eventually lead to prolonged periods of drought and in the worst case, cause the Mara River to stop flowing, thus compromising the migration of animals to the river.

After this assessment, “water will be distributed according to domestic and environmental needs for permit holders. The validity of the permit is determined by the Basin Water Board (BWB), depending on the type of water use and the period of the water use project,” says the Tanzanian Ministry of Water.

The WAP, which will be monitored by Minister Makame Mnyaa Mbarawa, will also serve as the basis for the operation of water allocation schemes in Tanzania and Kenya. The document will also link the elements of the water allocation regimes to the policy objectives of economic efficiency, environmental sustainability, sustainable development and environmental protection in both countries.

The WAP has been developed in line with the Tanzanian legal framework on water resources management, including the Water Policy of 2002, the Water Resources Management Act (WRMA) of 2009, the draft WAP Directive of 2019 and the existing Memorandum of Understanding between Kenya and Tanzania.