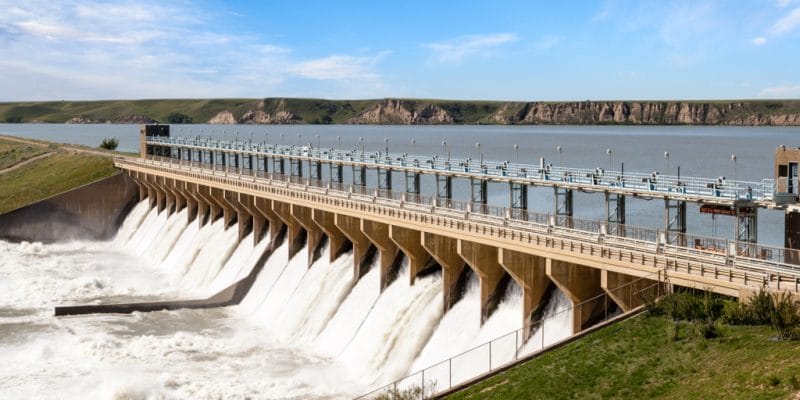 Tanzanian authorities have just released 688 billion shillings ($309.6 million) for the construction of the Stiegler's Gorge hydroelectric dam in southern Tanzania. The total amount represents 15% of the value of the contract signed with the Egyptian companies Arab Contractor and Elsewedy Electric for the completion of the huge 2,100 MW project.

New developments in the Stiegler’s Gorge mega hydroelectric project in southern Tanzania. The State has just released 688 billion shillings ($309.6 million) for its implementation. The project’s share of the contract between the Tanzanian government and Arab Contractor and Elsewedy Electric, the Egyptian companies that won this contract, is 15%.

“What is paid… is 70% of the foreign share of the advance. The local part (30%) will be settled once the contractual processes have been finalised by the contractors,” explains Hamis Mwinyimvua, Permanent Secretary at the Ministry of Energy. Payments were made through UBA and CRDB Bank. All operations were supervised by the financial institution, Bank of Tanzania (BOT).

The release of funds by the government is one more step towards the realisation of this mega hydroelectric project. If everything goes as planned, Arab Contractor and Elsewedy Electric will start work in June 2019.

Once construction is completed in 2022, the Stiegler’s Gorge hydroelectric generating station will produce 2,100 MW. It will then be one of the most important in the East African sub-region, and even in Africa. It will be built on the Rufiji River. Its water reservoir will be 100 km long and cover an area of 1,350 km2. The height of the dam will be nearly 134 m. The government will invest a total of more than $3.6 billion in the construction of this major dam. This cost is widely criticised by Tanzanian politicians because the state budget for 2018-2019 does not exceed $14 billion.

Another sticking point about this project is its geographical location. This time, however, the criticism comes from environmental advocates. The dam will be built in the heart of the Selous Game Reserve. It covers a surface area of 20,000 km2. During the preparation of the dam site, 2.6 million trees would be cut down. A massacre…