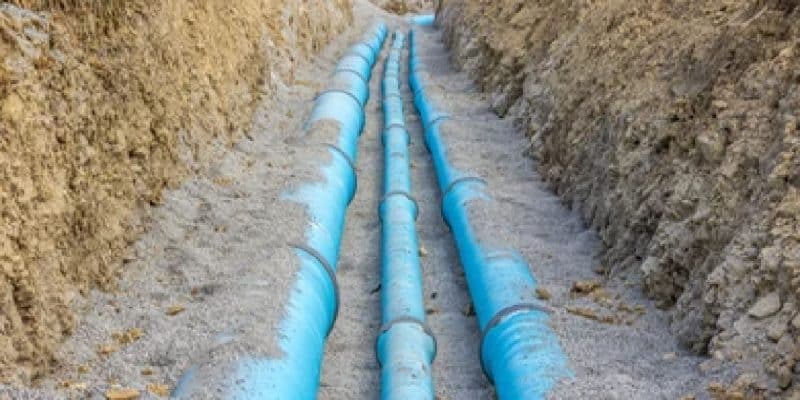 In Tanzania, the government will allocate 84.7 billion Tanzanian shillings (more than $36 million) for the implementation of the Makonde Plateau Water Supply Project in the Mtwara region. The aim is to improve drinking water coverage in this part of the country over the next few years.

As Tanzania faces severe shortages of drinking water, exacerbated by drought, the government has allocated Tshs 84.7 billion (over US$36 million) for the further implementation of the Makonde Plateau Water Supply Project in the Mtwara Region. “At least 12.7 billion Tanzanian shillings (more than $5.1 million) has already been paid by the Tanzanian government,” says Benard Bwire, the Makonde Plateau Water Project Manager.

China Civil Engineering Construction Corporation (CCECC) has been appointed to complete the project. The work includes the reinforcement of 6 km of pumping pipes from Mitema to Nanda, the laying of a 300 mm steel pipe in parallel with the existing 300 mm steel pipe. CCECC will also reinforce the gravity main from Nanda to Mtopwa by laying 2.2 km of 350 mm steel pipe, parallel to the existing 250 mm polyvinyl chloride (PVC) pipe.

The drinking water project will also upgrade the Mitema water treatment plant with associated facilities including three tanks for storing drinking water. The aim is to strengthen the supply of drinking water in the Mtwara region, particularly in the towns of Newala, Tandahimba and Nanyamba.

All the facilities will enable the supply of 65,000 m3 of drinking water per day to the population, well above the estimated daily demand of 25,000 m3 in Newala, Tandahimba and Nanyamba. The additional resource will be able to serve surrounding towns, increasing the rate of access to drinking water in Tanzania, estimated by the authorities at 86% in urban areas and 72.3% in rural areas. Tanzania is aiming for universal coverage by 2030.