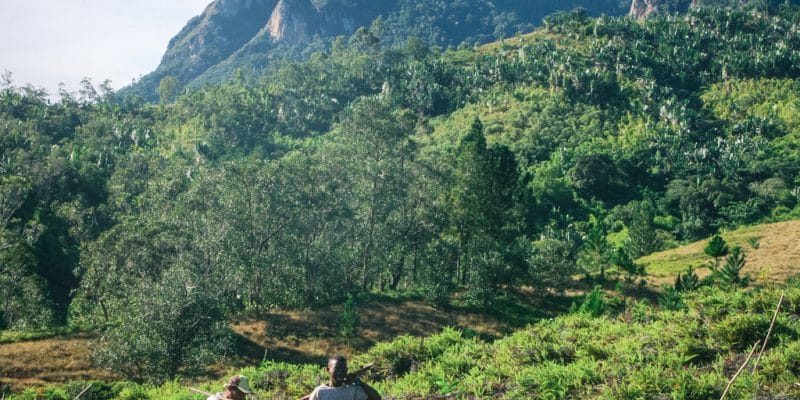 Rossigno Groupl, a French company manufacturing winter sports equipment, is committed to planting 25,000 trees in Tanzania. The initiative called “Respect” programme is part of the group's environmental and social responsibility activities. The programme aims to contribute to the fight against global warming by reducing the carbon footprint of the company by 30% by 2030.

Sustainable cities and territories #4. Our series in partnership with the Africa-France 2020 Summit.

Rossignol will give a boost to Tanzania’s reforestation policy. The French winter sports equipment manufacturer has just announced a major programme to plant 25,000 trees in Tanzania from 2020, in partnership with Reforest’Action, a French company whose mission is to protect the environment and combat deforestation.

It is good news for Tanzania, where the authorities have launched a new programme aimed at transforming the main forests into “forests under high protection” to prevent the country from turning into a desert. In 2017, the country recorded one of the highest deforestation rates in East Africa: around 373,000 hectares per year. “Biomass energy currently provides 92% of the country’s energy needs, which leads to unsustainable use of forest resources,” says Florian Mkeya, head of natural forests at the Tanzania Forest Services Agency (TFS).

The social and environmental responsibility of the Rossignol Group

The project to plant 25,000 trees in Tanzania is part of the “Respect” strategy, Rossignol’s programme of environmental and societal commitments. “Our environmental progress programme requires the Rossignol Group to do better, wherever we can. We are now embarking on a structured approach aligned with the European objectives for reducing carbon emissions,” says Bruno Cercley, Chairman of the Rossignol Group.

Awareness-raising campaigns for the protection of mountains in France are also included in the “Respect” project, whose objective is to contribute to the fight against global warming by reducing Rossignol’s carbon footprint by 30% by 2030 and aiming for carbon neutrality by 2050.

With a workforce of 392 employees and a turnover of 249,290,000 euros over the period 2018-2019, the Rossignol Group has reaffirmed its commitment to the environment by joining the “Fashion Pact”, launched in 2019 in France on the sidelines of the G7 summit. The “Fashion Pact” is a global coalition of fashion and textile companies, as well as suppliers and distributors, committed to the primary environmental objectives of limiting global warming, restoring biodiversity and protecting the oceans.