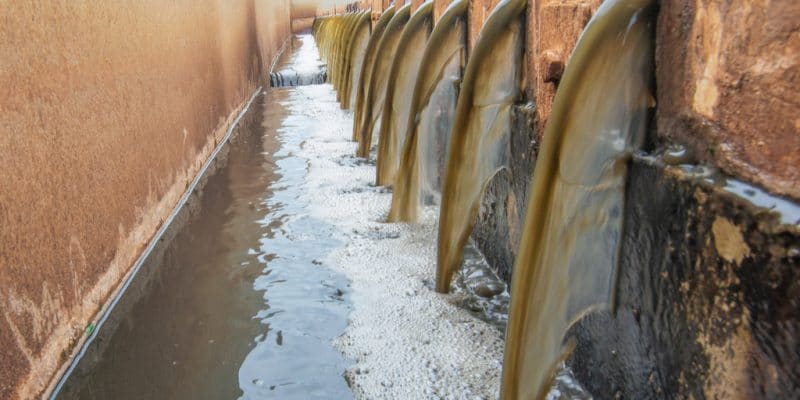 The Tanzanian authorities recently inaugurated a sewage sludge treatment plant in Tuangoma, Temeke district, in the large city of Dar es Salaam. The facility will produce biogas, fertilisers and purified water for gardening.

Dar es Salaam is a commercial port and above all a large city located in eastern Tanzania. With a population of more than 6 million, the country’s largest city suffers from poor access to sanitation. During the rainy season, the city is flooded, septic tanks fill up. The overflow runs into the countryside, making some neighbourhoods unhealthy, like in Tuangoma, Temeke District.

Dar es Salaam Water and Sewerage Authority (DAWASA) has just built a sewage sludge treatment plant on site. The aim is to avoid dumps in the city’s rivers and, above all, to encourage residents to empty their septic tanks. The commissioning ceremony was attended by Juma Aweso, the Tanzanian Deputy Minister of Water.

A project that conceals another

The Tuangoma sewage sludge treatment plant is capable of treating 50 m3/s of faeces per day and will be used to produce biogas and fertilisers. The plant’s wastewater will be treated and reused for gardening. According to Juma Aweso, the Tanzanian government’s objective is to increase the use of such facilities in Dar es Salaam and throughout the country, particularly in outlying areas, for the convenience of the population. The government would like to build these sewage sludge treatment plants in rural areas “where more than 90% of the population uses pit latrines”, to encourage efforts to collect, transport and treat faeces.

The implementation of this project was supported by WaterAid, an organisation known for its work in the water sector, and the People Development Fund (PDF). These two actors also supported the construction of a well to pump clean water from the groundwater table. Located in the Mbagala district (Temeke district), it has a production capacity of 236,000 m3 per day. This water is transported in a reservoir through 11 km of pipes.

Dawasa inaugurated the plant in the wake of the commissioning of the sewage sludge treatment plant. The water from the well is intended for residents of the Kiburugwa, Kilungule and Charambe districts.