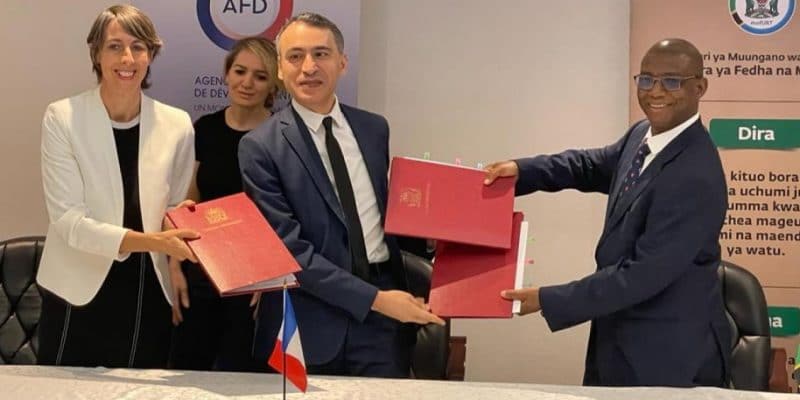 The Tanzanian government signed a financing agreement with the French Development Agency (AFD). The development finance institution has agreed to grant a 75 million euro loan for the implementation of a drinking water supply and sanitation project in the Shinyanga region in north central Tanzania.

The project for which the French Development Agency (AFD) is providing a 75 million euro loan (about 195 billion Tanzanian shillings) aims to improve the supply of drinking water to 200 000 people in Shinyanga, a town in north central Tanzania. The project will mainly improve sanitation services through the installation of four sludge treatment facilities in the town and activity centres of Shinyanga.

AFD’s financing should also cover the construction of around 30 latrine blocks in schools and five ? in health centres and other identified public places. These works should provide access to sanitation for at least 45% of the city’s population by 2025, i.e. over 100 000 people according to AFD.

According to official data, this city of over 200 000 inhabitants has no sewage system. The city has only recently been equipped with a small fecal waste treatment plant that is expected to cover the entire municipality and its activity centres, AFD reports. “This limited sanitation capacity results in a high risk of waterborne diseases in the municipality, with repercussions on the health and livelihoods of the inhabitants,” the Paris-based development finance institution notes.

In addition, part of its funding will be allocated to improving water supply in Shinyanga town. The Tanzanian government plans to rehabilitate the existing Ningw’a Dam and its drinking water plant. The project also includes the construction of a new water reservoir with a capacity of 2,500 m³, as well as the extension and rehabilitation of 278 km of drinking water transport and distribution networks.

The Shinyanga Urban Water and Sanitation Authority (SHUWASA), which is implementing the project, wants to acquire electromechanical equipment and set up a control and data acquisition system (SCADA) for remote monitoring of the drinking water supply facilities. In addition, 50 water kiosks will be installed to provide access to the most disadvantaged households. According to AFD, these achievements should increase the rate of access to drinking water in the city to over 95%. Currently 39% of the population does not have access to drinking water.

The other important phase of the project concerns the strengthening of SHUWASA’s capacities. The government agency will be equipped to deal with water losses in the network and to manage investment projects. SHUWASA will play a leading role in the implementation of future sanitation and hygiene awareness campaigns in the city of Shinyanga.