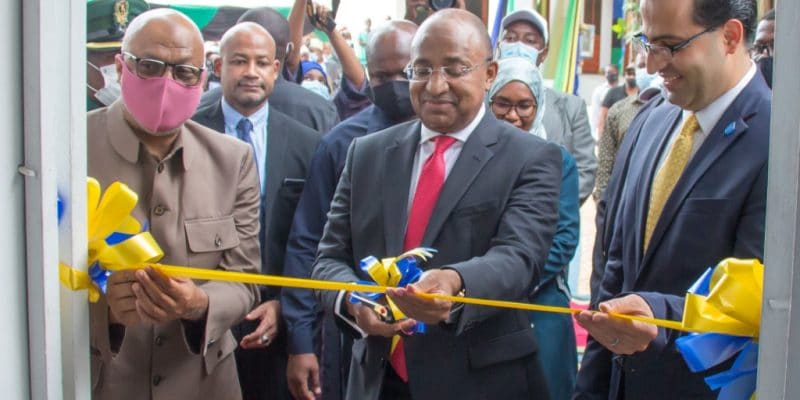 The German start-up Boreal Light has just commissioned a new water desalination plant in Tanzania. The project implemented in partnership with WaterKiosk Africa was recently inaugurated by the local authorities in the Zanzibar archipelago.

The commissioning of the new desalination plant was marked by a ribbon-cutting ceremony presided over by Hussein Mwinyi, the president of Zanzibar, a semi-autonomous archipelago located in the Indian Ocean off the coast of Tanzania. The water desalination plant is located at Mnazi Moja Hospital in Unguja, the largest island in the archipelago.

The plant, which has a capacity of 100 m3 per day, operates with a solar photovoltaic system that guarantees the energy autonomy of the installation. This project is the result of a partnership between the German start-up Boreal Light and WaterKiosk Africa, a company based in Nairobi, Kenya. The 776-bed Mnazi Moja Hospital is the largest in Zanzibar and is at the forefront of the fight against the Covid-19 pandemic.

A project that calls for more

The recently commissioned plant is also equipped with a wastewater treatment system “to ensure that no contaminants are discharged,” says GreenTec Capital, one of Boreal Ligth’s investors. The construction of the new drinking water production and wastewater treatment unit is part of a project led by the Berlin-based start-up to provide the Zanzibar archipelago with drinking water production facilities that are entirely powered by renewable energy.

Given its island nature, the archipelago must rely on autonomous and decentralized water supply systems, powered by energy that is less expensive to produce. And solar energy offers this advantage. This project is supported by the German government through the Deutsche Investitions-und Entwicklungsgesellschaft (DEG), the subsidiary of the German Development Agency (KfW)

The young company, headed by Hamed Beheshti, is currently working on its second desalination project in Tanzania. The first plant went into operation a few weeks ago in Kibaha, a town near the port city of Dar es Salaam. The plant also has a capacity of 100 m3.