TANZANIA: $5 million to boost water supply to 158,000 people in Monduli 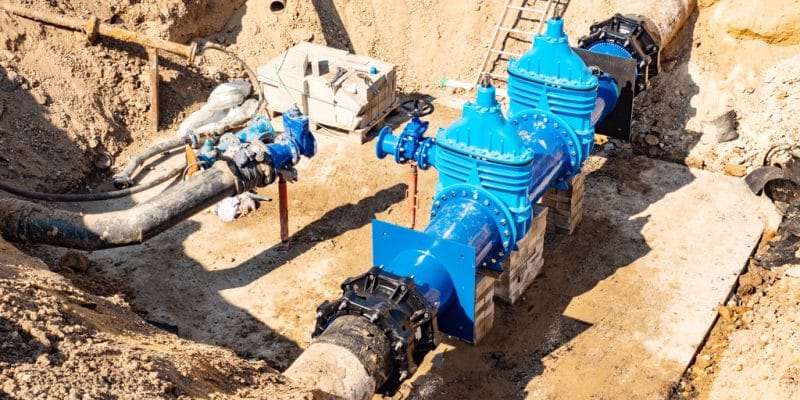 As Tanzania faces a water crisis exacerbated by the drought that is affecting all of East Africa, the people of Monduli District will be connected to the national water supply system through the extension of an ongoing project in the northern city of Arusha.

In Tanzania, the Urban Water Supply and Sanitation Improvement Project underway in the city of Arusha will be extended to the Monduli District, which has a population of at least 158,000. The $5.1 million (Tshs 12 billion) extension, funded by the Tanzanian government, will provide 200,000 cubic meters of potable water mainly in the Miserani and Mswakini districts.

“As the population increases, water supplies are decreasing, so we need to ensure that we take care of the little we have so that we don’t suffer acute shortages in the future,” says Jumaa Aweso, Tanzania’s Minister of Water and Irrigation. The work will involve the construction of auxiliary boreholes and the laying of new pipes. The work will be supervised by the Rural Water Supply and Sanitation Agency (RUWASA). According to Regional Director Neville Msaki, the rate of access to water in the city of Arusha is 44% compared to 7.6% for sanitation services.

Like Arusha, 25 other regions in Tanzania are facing water shortages. This concern is at the origin of the National Water Policy (NAWAPO) initiated by the authorities of this East African country in 2002. It is in this context that the state-owned Dar es Salaam Water and Sewerage Authority (DAWASA) has been carrying out work on the Mwanga-Same-Korogwe drinking water project since January 2021 to supply 440,000 people in the Kilimanjaro region. The initiative has already resulted in the construction of a raw water intake, a drinking water plant, storage tanks, 12 km of pipelines, as well as a power line to supply the whole.

As part of the national policy, 95,043 people in the Tanga region of northeastern Tanzania have been provided with 235 water points since July 2022. The facilities, located in the districts of Pangani, Korogwe, Lushoto, Kilindi, Mkinga, Muheza and Handenis, are the result of 16 contracts signed by the Tanzanian government with local contractors in January 2022. at a total cost of $8.2 million (Tshs 19.1 billion), the work on this project has increased the rate of water supply from 3.9% to 64.1% in Tanga region.

A few weeks ago, the African Development Bank (AfDB) granted the government of Tanzania a loan of $125.2 million for the implementation of the first phase of the Dodoma Sustainable and Resilient Water and Sanitation Development Program, to address the water needs of populations affected by climate change.