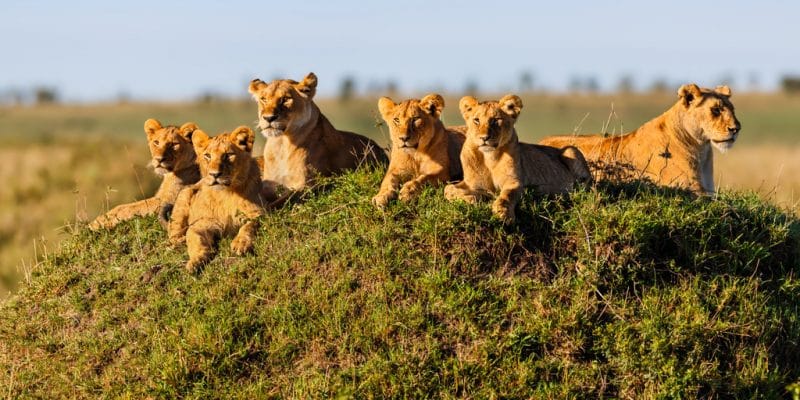 The Tanzanian authorities have begun the dismantling of a 36-lion colony in Serengeti National Park. These beasts have been attacking humans and their livestock near the park, a biodiversity conservation area on the border with Kenya.

It is a real race against time that is engaged in northern Tanzania. The aim is to capture the 36 members of a lion colony that has established their hunting territories at the gates of the Serengeti National Park. These lions are now in danger because of attacks on humans and their livestock.

“We used to kill a lion that attacks humans, but it’s a huge group and we can’t do it the same way,” he said. The lions are becoming vulnerable and we want to take measures that will keep them alive,” says Simon Mduma, Director General of the Wildlife Research Institute of Tanzania.

According to this researcher involved in tracking the lions, 11 members of the group have already been captured. These animals will be directly transferred to Burigi Chato National Park, located in northwestern Tanzania. However, the animals must travel more than 524 km, or more than nine and a half hours, around Lake Victoria. This is not without risk for the animals, which can feel a great deal of stress.

A specie on the brink of extinction

Out of the troop of 36 lions, 20 individuals will be released in Burigi Chato National Park. The remaining 16 members will be transferred elsewhere. A separation that will not be without consequences for the troop, knowing that these mammals hunt as a “team” with a more or less organised operation. The movement of the 36 lions is also a palpable testimony to the human-animal conflict that rages near protected natural areas in Eastern and Southern Africa. This part of the continent is home to the largest population of lions in Africa. According to the International Union for Conservation of Nature (IUCN), only 20,000 lions live in the wild today. The population has declined by 43% in two decades.

The Serengeti National Park area is currently highly coveted by farmers. In the Maa language, Serengeti means “endless plains”. A vast area that can thus be used as plantations and/or grazing land for cattle. The human-wildlife conflict represents a great danger for biodiversity in Eastern and Southern Africa, which is already heavily impacted by poaching.