Homepage » TANZANIA: 13 irrigation schemes to be built for agriculture in Mbeya

TANZANIA: 13 irrigation schemes to be built for agriculture in Mbeya 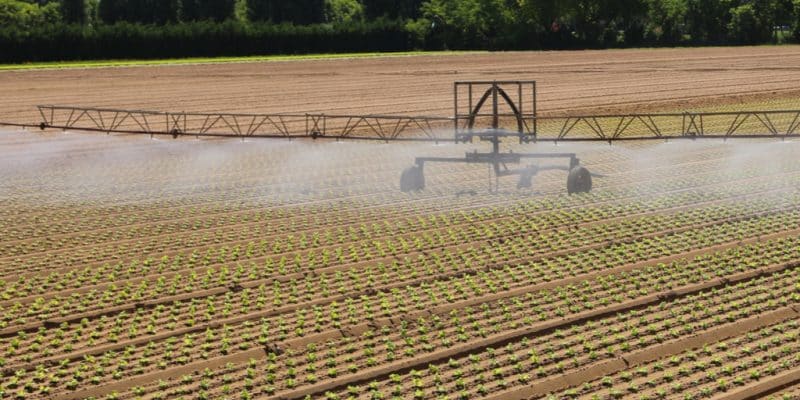 The National Irrigation Commission of Tanzania is announcing an irrigation project to restore 24,550 hectares of farmland in the Mbeya region through 13 new irrigation systems. The aim is to improve crop yields.

A gradual shift from rain-fed to irrigated agriculture in Tanzania. This is the policy of the Tanzanian government, which has announced an irrigation project. The National Irrigation Commission, which initiated the project, will implement it in the Mbeya region in the southwest of the country. The new facilities will be spread over 24,550 hectares of land in the districts of Mbarali, Kyela and Rungwe.

According to the director of the National Irrigation Commission, Raymond Mndolwa, the 13 irrigation schemes will be commissioned in June 2023. The work will be funded by the Tanzanian treasury through the 2022/2023 financial year budget.

According to the Food and Agriculture Organization of the United Nations (FAO), Tanzania is experiencing continued growth in its agricultural sector, especially for staple foods such as maize, cassava, rice, sorghum and bananas. The new irrigation project will improve wheat yields in a context marked by the drought in Mbeya, which is manifested in the absence of rainfall, and the Ukrainian crisis, which is causing international wheat prices to rise.

The future irrigation systems will support the existing equipment. Existing facilities will be rehabilitated. This project is being launched at a time when several other such initiatives are underway in Tanzania, including the construction of a 268 m3 water reservoir to irrigate 11,700 hectares of farmland. This project, which will be launched in April 2021, aims to improve farmers’ production within five years.