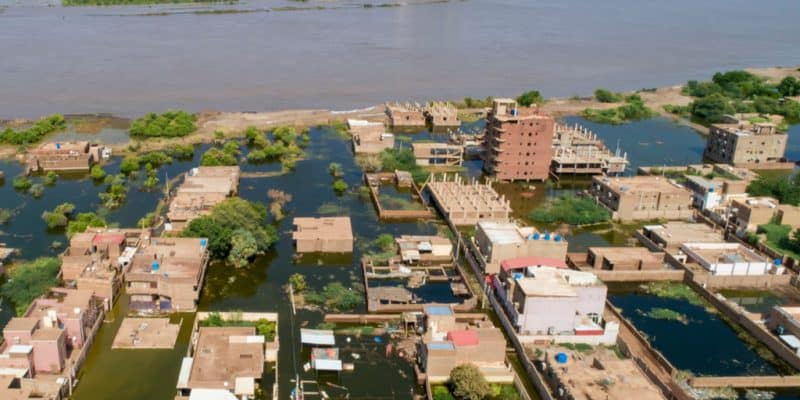 At a time when the rainy season is crucial for farming, the latest floods in Sudan have taken a heavy toll on the North African country, with 89 people killed and homes and crops destroyed.

Heavy rains in recent weeks have killed 89 people and flooded thousands of hectares of farmland in eight states. According to the latest figures from the Sudanese authorities, nearly 800,000 livestock have also died as rivers overflowed and submerged 1,560 water sources and latrines across the country.

While the National Council for Civil Defence (NCCD) blames climate change for the rising waters, the United Nations High Commissioner for Refugees (UNHCR) says 136,000 people have been displaced. These people are already food insecure and have lost their livelihoods.

In Sudan, the arrival of rainfall between May and October is not new, but the damage to ecosystems from floods is year-on-year, according to Sudan’s Emergency Response Plan (ERP) for 2022. In this country, through which the Nile flows, this natural disaster has led the government in Khartoum to declare a state of emergency in several affected areas, such as West Kordofan, White Nile, Sennar, as well as the western region of Darfur, where inter-community clashes broke out last June.

It is against this backdrop of political and climatic crisis that the African Disaster Risk Financing Programme (ADRiFi) is being implemented in Sudan. The initiative, planned for the period 2022-2026, will enable the North African country to provide a rapid response to beneficiaries affected by drought and recurrent flooding. The project is funded with US$8.56 million from a grant from the African Development Fund (ADF), the concessional lending window of the African Development Bank (AfDB) Group.