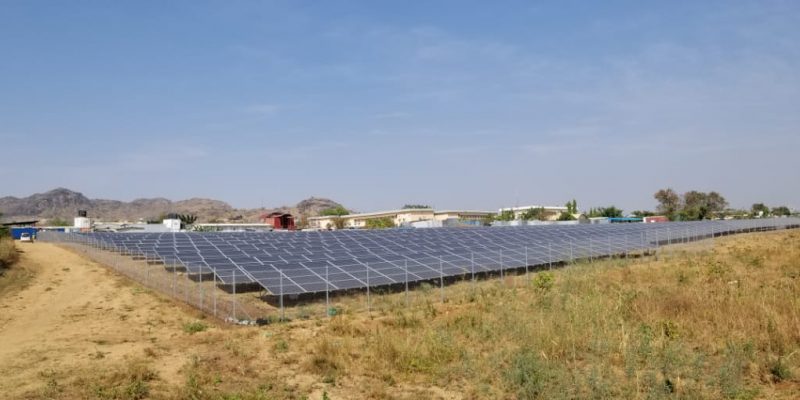 The Norwegian company Scatec Solar has put a solar hybrid off grid into operation in Juba. The installation supplies electricity to the complex of the United Nations Mission in South Sudan (UNIMISS).

Scatec Solar is going off grid in Africa. The Norwegian company has recently installed a solar-hybrid system in the city of Juba. The system is intended to supply electricity to the United Nations Mission in South Sudan. To implement this off-grid project, Scatec Solar has subcontracted this mission to Harmonic Systems, a solar energy supplier based in Nairobi, Kenya.

The off grid deployed at the UNIMISS complex consists of 3,500 panels connected to solar inverters. The entire system is capable of delivering 1 MWp. The installation also consists of emergency generators, running on diesel. According to Scatec Solar, the small hybrid solar power plant “significantly reduces the consumption of diesel fuel, thus contributing to the reduction of costs and carbon dioxide emissions” of the UNIMISS complex in Juba.

The contract between UNIMISS and Scatec Solar also includes the installation of a solar off-grid hybrid for its complex in Wau, the capital of Western Bahr el-Ghazal State in Southern Sudan. This other installation will have a capacity of 1.5 MW. Scatec Solar will deliver the small solar power plant before the end of the 2nd quarter of 2020. The contract also provides for the Norwegian company to maintain the small solar hybrid plants in Juba and Wau.

With this contract from the United Nations Mission in South Sudan, Scatec Solar is taking its first steps in the supply of solar hybrid off grids in Africa. The company has instead been building large photovoltaic solar power plants connected to the grid. The most recent one was commissioned at the Upington Solar Complex in the Northern Cape in South Africa. Called Dyason’s Klip 1, this solar power plant has a capacity of 86 MWp.