SOUTH AFRICA: WWF supports government in the fight against poaching 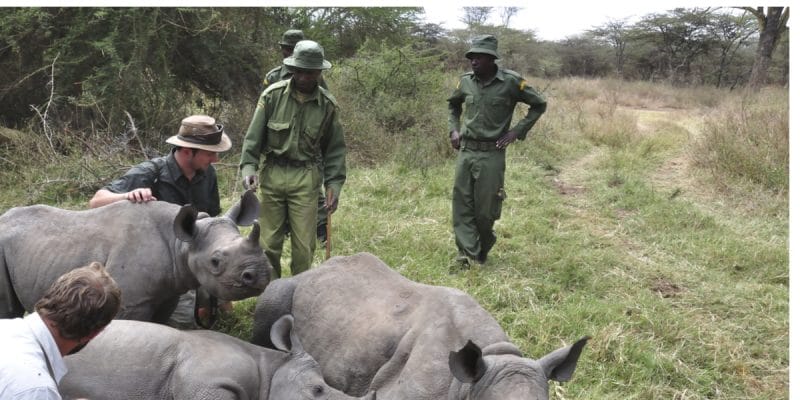 The South African branch of the World Wide Fund for Nature (WWF) has just donated 15 toolkits to the government to strengthen the fight against wildlife crime. The kits will be used at wildlife crime scenes to identify those responsible. This is a necessity for this country where poaching has reached an all-time high in 2014, causing the death of 1,215 rhinos.

The World Wildlife Fund (WWF) is stepping up its fight against the illegal trade in endangered wildlife in South Africa. This is the message of the donation that the international wildlife protection NGO presented on December 28th, 2020 in Cape Town in south-western South Africa to representatives of the South African Police Service (SAPS) and SANParks, South Africa’s national parks management authority.

The donation, valued at just over 32,476 euros, consists of 15 toolkits. These are backpacks containing around 20 tools including a metal detector, GPS, frame markers, flags, ballistic rods, and magnifying glasses. These are all the tools an investigator may need to secure a wildlife crime scene and collect evidence.

Environmental crime is considerably established in South Africa. It is a threat to many wildlife species and can lead to their extermination. According to WWF, in 2014 poaching caused the death of 1,215 rhinos.

To cut the evil at its roots, the NGO has launched the Khetha programme to support the efforts of organisations in the investigation and prosecution of traffickers in rhino horns and elephant tusks. “Our strategy is to work with relevant government structures, with a particular focus on where wildlife poaching has taken place, as well as transnational trafficking networks,” says Lara Rall, head of communications and implementation of the Khetha project at WWF South Africa.