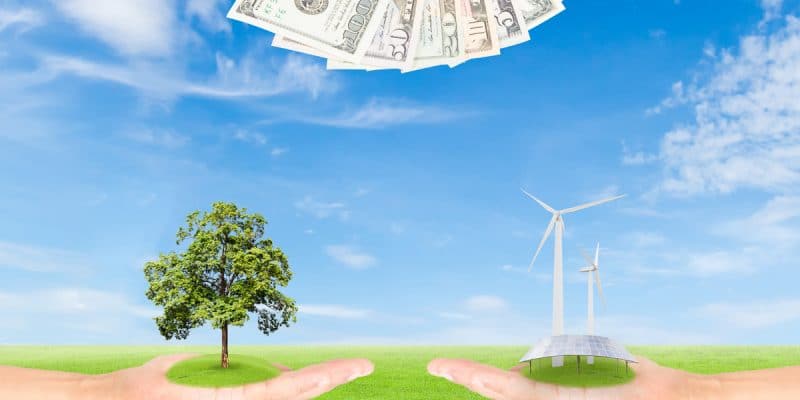 The renewable energy production company, Lekela Power, has just received a $73 million financial guarantee. The World Bank is thus securing investments for the creation of three South African wind farms with a combined capacity of 360 MW.

Lekela Power doesn’t really have to worry. The World Bank has just guaranteed the consortium’s $73 million investment in the construction, operation and maintenance of three wind farms in South Africa. In other words, the World Bank undertakes to compensate the Bank in the event of expropriation, inconvertibility in foreign currency and restrictions on transfers, breach of contract and socio-political disturbances that may hinder the continuation of the projects in question.

The information was made public on Monday, April 30 2018, by the Multilateral Investment Guarantee Agency, a branch of the World Bank Group. This financial guarantee extends over a period of 15 years and protects the investments made by Lekela Power in the three plants located in South Africa: the Noupoort wind power plant (located in the North Cape Province) with a capacity of 80 MW and in service since 2016, and the Khobab and Loeriesfontein plants (located in the south-west of the country) in service since 2017 and each with an equal capacity of 140 MW.

The World Bank sets its sights on renewable energy sources

This commitment is in line with the strategy pursued by the World Bank, which has resolutely turned towards financial support for clean energy. In a report on the state of African economies, Africa Pulse 2018 presented by videoconference last April 17 in Kinshasa, Cameroonian Albert Zeufack, chief economist of this institution for the Africa region, who reaffirmed his will. The fundamental message of access to electricity, hammered by his institution, is based on innovation as the key to the future.  “To achieve the goal of universal access to electricity, our countries must combine a set of solutions that include renewable energies. The innovation and performance observed in solar energy can enable the African population to have access to quality, affordable and sustainable electricity.” Said the economist.

The Rockefellers alongside Lekela Power

The Lekela Power platform, co-founded in 2015 by Irish energy company Mainstream (40%) and British private equity firm Actis (60%), plans to invest up to $1.9 billion in renewable energy in Africa. Lekela Power has in its portfolio around ten wind and solar projects, mainly in South Africa, but also in Ghana, Egypt and Senegal, where the company invests in the Taiba Ndiaye solar power plant (150-160 megawatts).

In addition to the World Bank, Lekela Power receives support for its activities from elsewhere. In a press release published on July 28, 2017, the American philanthropic foundation Rockefeller Brothers Fund announced the conclusion of a $10 million financing agreement with Lekela Power.