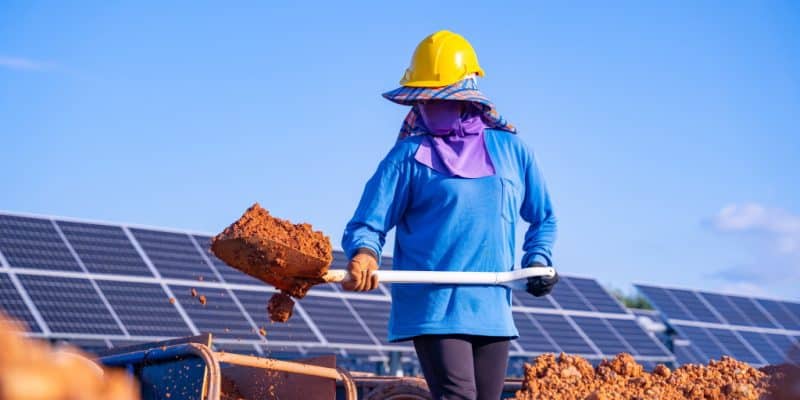 Independent Power Producer (IPP) Voltalia is launching the first construction work on a 148 MWp solar photovoltaic power plant in Bolobedu in the Limpopo province of South Africa. The electricity produced will be sold to Richards Bay Minerals (RBM), a subsidiary of the Anglo-Australian mining group Rio Tinto.

Voltalia is accelerating the implementation of its Bolobedu solar project. Just a few months after signing a power purchase agreement (PPA), the Paris, France-based independent power producer (IPP) is launching the first construction work on the solar power plant in Bolobedu, in the South African municipality of Grand Letaba.  The 148 MWp solar photovoltaic park is being built for Richards Bay Minerals (RBM), a South African-based mineral sands producer.

Voltalia estimates the annual production capacity of its future plant at 300 GWh. This electricity will supply RBM’s facilities in the province of KwaZulu-Natal for 20 years, in accordance with the PPA signed in October 2022. The plant is expected to avoid emissions of 237,000 tonnes of carbon dioxide equivalent (CO2), which is equivalent to taking approximately 50,000 thermal cars off the road.

Read also- ZIMBABWE: Voltalia starts work on a solar power plant at the Blanket mine

In addition to reducing RBM’s environmental footprint, the plant will enable the mining operator to reduce its electricity bills in a global context of rising energy prices. The partnership with Voltalia is also in line with the eco-friendly approach of its company, the Anglo-Australian group Rio Tinto. Voltalia has partnered with local investors in the project, including Black Enterprise, which has a 41% stake, Black Women Enterprise (10%) and Bolobedu Community Trust (5%). The remaining 44% is owned by Voltalia, which plans to commission the Bolobedu solar plant in 2024.

The project will create 700 jobs during the construction phase. At least 53 permanent jobs will also be created for the operation and maintenance of the solar power plant. Its output will be fed into the province of KwaZulu-Natal via the network of the South African state-owned company Eskom.