Homepage » SOUTH AFRICA: Towards a sustainable solution for baboon management in Cape Town?

SOUTH AFRICA: Towards a sustainable solution for baboon management in Cape Town? 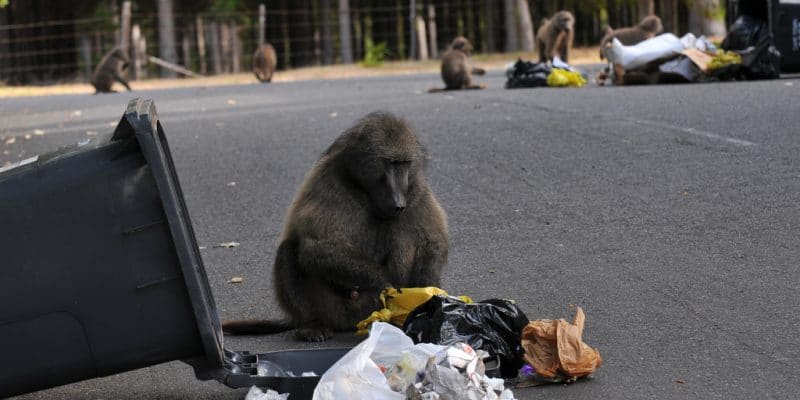 In South Africa, several environmental protection platforms are in conclave to find a sustainable solution to the management of baboons in Cape Town. These species, which often cause damage in urban areas, will benefit from better protection in protected areas.

It is a memorandum of understanding that could soon improve the management of baboons in Cape Town, South Africa. Several conservation organisations, including South African National Parks (SANParks), Cape Nature, Forestry and Fisheries, are working together to put in place sustainable solutions for the welfare of these animals in the Table Mountain National Park and other protected areas in the capital.

To this end, stakeholders under the coordination of the Minister of Forestry, Fisheries and Environment, Barbara Creecy, and the Deputy Mayor of Cape Town Alderman Eddie Andrews, will assemble a team of scientists with a view to mitigating the long-standing human-monkey conflict in the South African capital.

According to the Kommetjie Environmental Action Group (KEAG), a census of the baboon population in 1998 counted 365 individuals. Most of them have been shot by the authorities, as these chacma baboons, attracted by human food, loot houses, gardens and cars. In April 2021, for example, the Cape Town municipality announced that a baboon accused of serial theft had been euthanised with the assistance of a veterinarian.

“We have messed up the ecosystem. The lions were hunted over a century ago. The leopard was last seen in the Cape Peninsula in the 1930s. As predators became scarcer, the baboon population increased dramatically,” says Justin O’Riain, senior researcher at the Institute for Communities and Wildlife in Africa (iCWild) at the University of Cape Town.