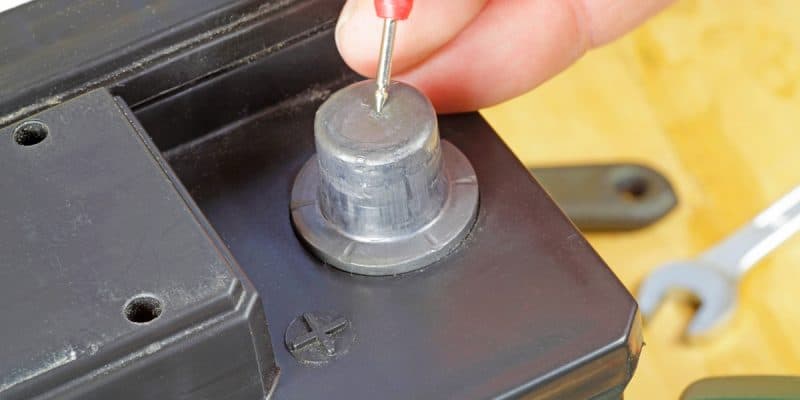 A new revolution is taking place for the South African Zebra drums. After its use in electric vehicles, the salt battery becomes decisive for the integration of clean energies.

Battery Consult is in the process of finalising a prototype for a new stationary storage solution in its Meiringen laboratory in central Switzerland. Called SB-7, this battery model includes seven vertical cells that incorporate 126 cells, or 18 cells per cell. The cells have a diameter of 100 mm and a height of 22 mm. They include a bipolar plate, negative and positive electrodes, a beta alumina disc, a liquid electrolyte reservoir and a radial seal.

The energy storage of a single unit is 7 kWh. It has a mass of 70 kg, a volume of 70 litres and an open circuit voltage of 325 V. The integrated inverter will have a solar PV input of twice 3 kWp, a battery charge/discharge power of 3 kW and a bidirectional single-phase AC connection of up to 3 kW. The expected life of a single battery is ten years, assuming daily charging and discharging. However, a test has been launched to confirm battery life and optimal energy management, which also depends on the ambient conditions of the network.

Other designs will be considered dependent on market requirements. The first factory work will produce 3,000 units per year. This should represent an investment of approximately $10 million. The initial battery market will be Europe, but Dustmann, director of Battery Consult, is eager to see the “Zebra go home” in South Africa.

The manufacture of the zebra battery, is based on the electro-chemical principles discovered in Pretoria in the 1980s, by Johan Coetzer, member of the Scientific and Industrial Research Council (CSIR). The salt battery, as its name suggests, incorporates table salt as a key ingredient and other materials, such as nickel (nickel chloride and sodium are self-generated during charging), are also readily available and connected to established battery recycling networks.

The Zebra brand is currently owned by Italian battery manufacturer Fiamm, which acquired the technology in 2010. This is sold to electric vehicle manufacturers such as Daimler and BMW. However, Battery Consult, the Swiss startup created in 2008, is convinced that a Na-NiCl2 battery solution is highly compatible with the trend towards decentralised electricity production. Indeed, renewable energy costs are constantly falling.  According to the International Renewable Energy Agency (IRENA), the reduction in wind electricity production costs between 2010 and 2017 would have fallen by about 23 per cent, while solar electricity costs would have fallen by about 73 per cent.  IRENA also announces a 50% reduction in the cost of solar photovoltaics by 2020. Everything that bodes well for the future of storage technologies.