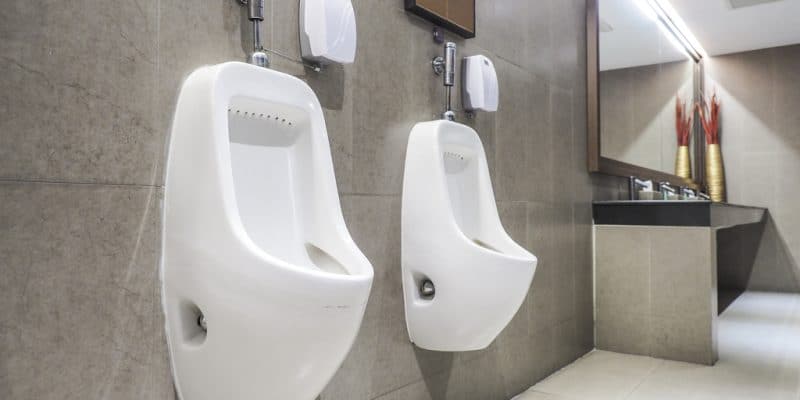 Dr. Randall and his students, Suzanne Lambert and Vukheta Mukhari, created the very first human urine brick. Researchers at the University of Cape Town in South Africa believe that this achievement will help to recycle waste and save energy, which is good news for the environment.

These students’ discovery could be considered a bio-based and quasi-miraculous South African innovation. Suzanne Lambert and Vukheta Mukhari have just produced bricks based on human urine for the very first time. Americans had already produced bricks based on urine, but not of human origin. For the designers of the bio brick, the challenge is to transform urine, which many consider waste, into a real gold mine through recycling.  They want to “rethink everything” as Dr. Dyllon Randall, a professor at the University of Cape Town and project coordinator, has said.

Students collect urine in the university men’s toilets. They then mix it with sand and bacteria. All this allows them to obtain a “precipitation of carbonate minerals”. A little like the process of shellfish formation. To “cement the sand”, students use a bacterium that produces urease. This enzyme breaks down urea and transforms it into calcium carbonate, which cements the sand (calcium carbonate is the main constituent of limestone rocks). This ecological method has an advantage: the bricks are not baked in an oven at 1400°C as is the case with ordinary bricks. Similarly, the production of conventional bricks generates significant amounts of carbon dioxide that is emitted into the environment.   To make a brick, researchers collect 25 to 30 litres of urine.

Dr. Randall and his team ensure that after 48 hours, the bricks lose the smell of ammonia and do not pose a health risk. “The process we use kills all pathogens and harmful bacteria. We operate with an extremely high pH that has the potential to kill just about anything.”

According to Dr. Randall Dyllon, urine contains 80% nitrogen, 63% potassium and 56% phosphorus. For him, urine is not waste, but “liquid gold”. He and his students have been able to exploit this gold mine, and their action is beneficial on at least three levels. It makes it possible to recycle waste and save energy. The by-products generated during the brick manufacturing process are used to produce agricultural fertilisers.

In 2017, a young South African man made Nubrix, a paper-based brick. Elijah Djan wanted to contribute to the protection of the environment through his innovation.