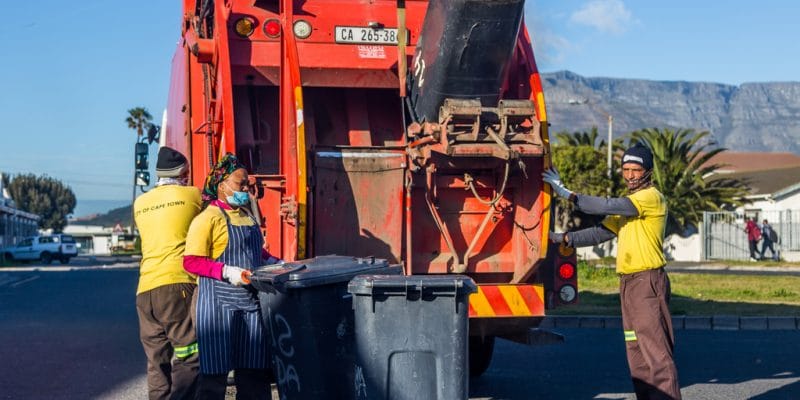 As part of its revised National Waste Management Strategy 2020, the South African government is allocating R44.5 million (over $2.8 million) to strengthen waste collection and promote the circular economy in 20 municipalities.

With 12.7 million tonnes of waste produced each year, South Africa is at war with the rubbish that litters the streets of its municipalities. In this context, the government of this African country is providing 44.5 million rand (more than 2.8 million dollars) to improve household waste collection and promote the circular economy in 20 municipalities.

To this end, 24 vehicles have been distributed. The town of Collins Chabane in Limpopo province, 380 km from Johannesburg, benefited from a compactor truck and a tipper truck with a total value of over R5 million ($319 000). The neighbouring municipality of Ba-Phalaborwa, which has 18 wards, also received a compactor truck and front-end loaders to transport the waste produced by its 150,000 residents on a daily basis.

“We need to ensure that our landfills are compliant with regulations and that leachate does not seep into the groundwater or soil. Households will have access to safe waste disposal. Government and the private sector must work with waste pickers to build an industry that provides a decent livelihood for the thousands of men and women who make the day-to-day living,” says Barbara Creecy, South Africa’s Minister of Forestry, Fisheries and Environment.

In 2021, the South African government allocated 29 million South African rand ($1.8 million) to the Mangaung municipality in the Free State province. The funding is aimed at eliminating the illegal dumping of rubbish on the streets while developing more suitable sites. Ultimately, the aim is to revitalise two solid waste collection and disposal centres.