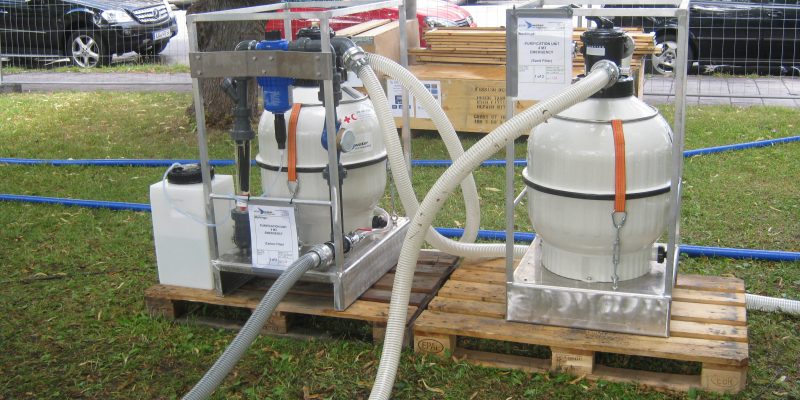 New water purification systems were recently launched on the South African market by the Russian energy company Rosatom. Called "Umkwa", these mobile units will improve the drinking water supply to the populations of this southern African country.

Treating one thousand liters per hour. This is now possible in South Africa thanks to a new Rosatom system. The Russian company has recently launched mobile water purification units (for rivers, dams, oceans, etc.) on the South African market. The solution is called “Umkwa”. It was designed by JSC Science and Innovations, a subsidiary of Rosatom.

The solution is a containerised system that is mounted on the back of a standard one ton pick-up truck. It is deployed to South African customers in a very short time and requires very little maintenance. “The mobile units also use standardised filters. They are suitable for a variety of applications, including construction sites, mines, hotels and lodges in remote areas, hospitals and clinics, as well as municipalities and rural development programmes,” says Rosaton.

Rosatom’s units are expected to improve the drinking water supply for the people of South Africa. South Africa is one of the driest countries in the world, with an average of 450 mm of rainfall per year, almost half the global average of 870 mm per year.

Rosatom believes that its solution is suitable for coastal areas, which are generally affected by drought. In addition to the potabilization of river water, it makes desalination of sea water possible. According to the Russian company, Umkwa mobile water treatment units use advanced ultraviolet (UV) disinfection and low-pressure reverse osmosis to treat water according to World Health Organization (WHO) standards.

To operate, Rosatom’s water treatment devices require a 5 kW power source. The system is designed to be powered either by gasoline or solar energy. After South Africa, Rosatom’s ambition is to invest in the entire African market and thus contribute to providing access to drinking water.