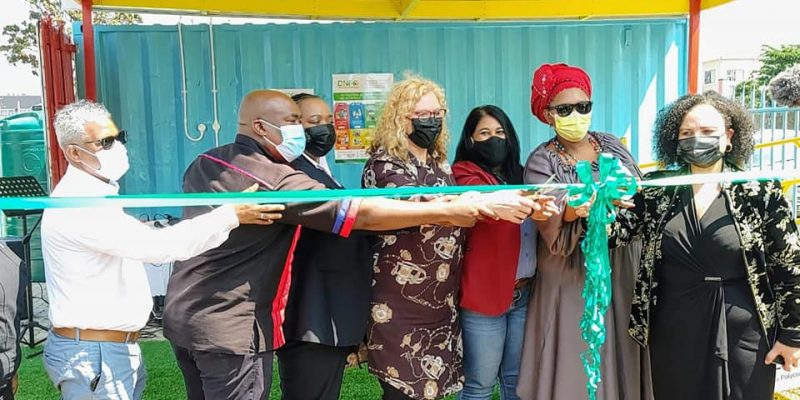 A new unit is redeeming solid waste in the city of Buffalo, South Africa, as of October 1st, 2021. The center is being commissioned by the Border Kei Chamber of Businesses (BKCOB).

The objective of the Border Kei Chamber of Businesses (BKCOB) is to improve solid waste management in the city of Buffalo, on the eastern coast of the Eastern Cape Province in South Africa. The recently opened waste buy-back center at St. George’s Park, Southernwood in the City of East London will help make these plans a reality.

The people of this metropolis will exchange their waste for a cash value. The waste will then be recycled, reducing illegal dumping and creating job opportunities for young people. “The program also aims to attract investment,” says Helen Neale-May of the Buffalo City Metropolitan Municipality (BCMM). The project is being implemented through the Call-2-Action program. The initiative aims to encourage waste recycling in the City of Buffalo.

The solid waste buy-back center at Southernwood in the South African city of Buffalo is the first of a series of such facilities that will be built to clean up this metropolis of 710,000 inhabitants. In this project, BKCOB is collaborating with BCMM, the Buffalo City Metropolitan Development Agency (BCMDA), Mercedes Benz South Africa and the Polyolefin Responsibility Organization (Polyco), an industry body that develops recycling solutions for polyolefin plastic packaging waste in South Africa.

Through its project, BKCOB hopes to encourage other South African cities to take up waste recovery. According to the United Nations Environment Programme (UNEP), South Africa produces 12.7 million tons of waste per year. Approximately 3.67 million tons of this waste is not collected or processed by formal systems, resulting in large amounts of waste being illegally dumped on the streets.