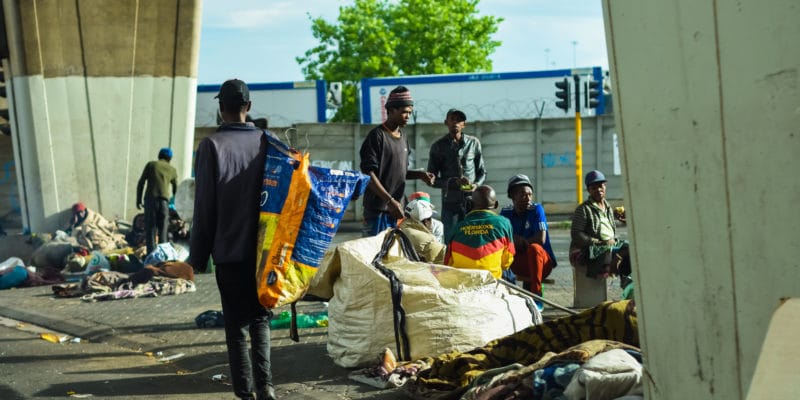 The Packa-Ching project is to reduce the size of landfills in the large city, in the rainbow nation. It is a collection and sorting sector that relies on an original economic model. And it works!

The port city of Cape Town has just over 400,000 inhabitants and produces on average between 1.5kg and 2 kg of waste every day, depending on the degree of poverty, or more than 600 tons per day for the entire population. It’s been a year now and the situation has become more complicated and the landfills fill up. Faced with the situation, the public authorities admit their inability to solve the problem.

It was in this context that the Packa-Ching project was launched in August 2017. According to its coordinator Brooke Kühne, the idea is to exploit the market for recyclable packaging materials to reduce the amount of waste in landfills. “This project will spearhead a fundamental change in the way South Africans recycle their waste, encouraging a change in social and environmental behaviour,” he says.

The project was implemented in partnership with Polyolefin Recycling Compagny NPC (Polyco), a non-profit organisation, very active in waste management in Cape Town. Polyco first installed the waste collection truck in Langa, a township east of Cape Town. The inhabitants of the slum give away their waste in exchange for a sum of money, instead of throwing them away into dumps. The waste recovered is tin, plastic, paper or glass. After collection, they are retrieved by Polyco, which sells them to recycling companies.

Payment to residents is made using Kilorands Card TM, a special debit card and money available on this card can be used at any point where MasterCard is accepted.

A second collection point has just been set up at Joe Slovo Park, another suburb of Cape Town. Since the launch of Packa-Ching in Langa, the community has recycled over 130,000 kg of waste. In return, residents earned just over 138,000 rand, about 9,300 euros. Proof, if necessary, that waste has value in Cape Town.