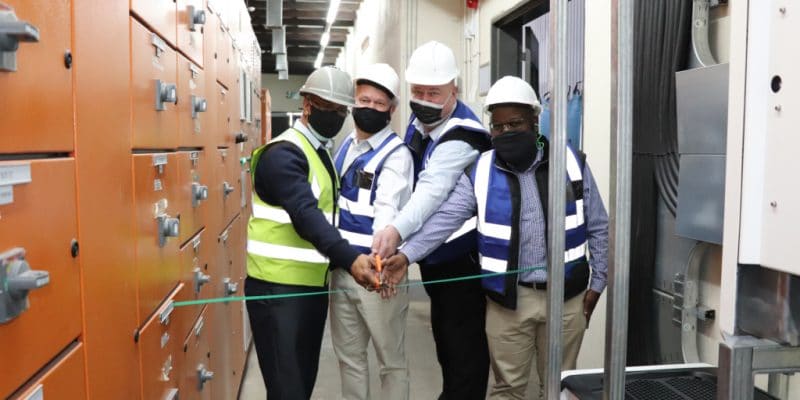 Extrupet is equipping its plastic bottle recycling centre in Wadeville with a 1.3 MWp solar power plant. The installation provides 79% of the recycling plant's annual energy needs.

Extrupet is taking another step towards sustainable environmental solutions. The plastic bottle recycling company is equipping its Wadeville plant in Johannesburg with a 1.3 MWp solar power plant. The plant was built as part of a partnership between solar energy provider Solarise Africa and NEC XON.

The solar plant is owned and maintained by Solarise. Extrupet plans to negotiate the addition of a battery storage system to optimise the plant’s output and stabilise the power grid at its recycling centre. At this stage of the project, the plant meets 79% of the annual electricity needs of the plant, which recycles 4 million plastic bottles per day.

Reducing the carbon footprint of recycling

“Extrupet wanted to take its commitment to sustainability a step further by using solar energy. Not only is solar energy better for the environment, but it will also reduce electricity costs by about 30% in the first month and save about 130 to 40 million South African rand ($8.8 to $2.7 million) over the life cycle of the solar plant,” says Sakkie van Wijk, commercial director of Solarise Africa.

The solar plant financed by Solarise and built (EPC) by NEC XON will be capable of producing 2 GWh of electricity per year. “This project was particularly interesting because of the integration of the high voltage system and the transformer. Not only will it provide energy at a reduced cost, but it will also ensure that Extrupet has a constant and reliable power supply, even when the national grid is under heavy strain,” explains Herman Viljoen, NEC XON’s Alternative Energy Pre-Sales Manager.

The solar photovoltaic system will certainly enable Extrupet to reduce its emissions by 1,800 tonnes of CO2 equivalent per year. That’s the equivalent of the carbon sequestered by just under 31,000 tree seedlings grown over 10 years.