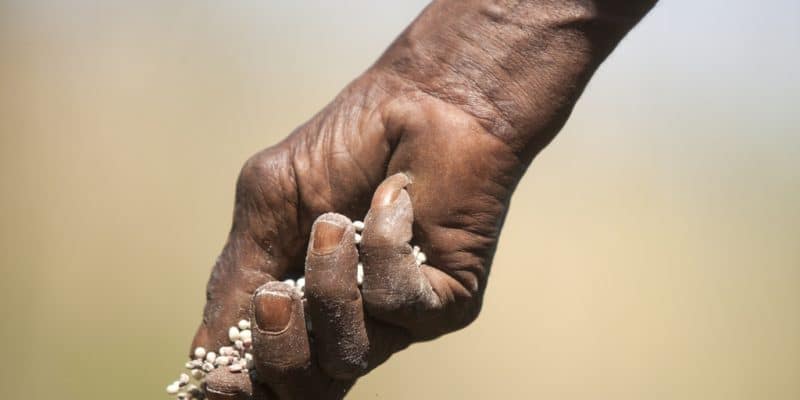 Urine, now considered "liquid gold", is a resource that can be used to make fertiliser for use in agriculture, but this resource is simply discharged into the sewers where it causes pollution. It costs municipalities millions of dollars every year. By collecting and recycling urine to make fertiliser, it is possible to protect the environment while producing useful inputs for soil fertilisation.

In South Africa, a research team led by Dr Dyllon Randall of the University of Cape Town (UCT) is successfully developing a waterless urinal to produce fertiliser. This technique was first implemented in 2017 in the new UCT engineering building and a men’s residence in Athlone (a suburb of Cape Town, editor’s note), where a 25-litre container was used.

The idea is simple; individuals must ease themselves in a urinal. The container, which could be placed on street corners, contains calcium hydroxide (lime) which transforms urine (liquid) into solid matter. Once full, the container is removed by an operator and transported to a plant where the fertiliser is collected according to Dr. Dyllon Randall.

“In a second step, we combine faeces and urine with high quality water and send it to a wastewater treatment plant,” said the scientist at the Southern African Water Institute’s biennial conference in Cape Town. He says the fertiliser urinal could easily be adapted to households or commercial buildings that want to further reduce their water consumption, while doing the planet good by recycling human waste.

“UCT uses about 8 Olympic water pools, just to rinse the conventional urinals each year,” he explained, adding that the university also needs 4 tons of fertiliser for its sports fields. “If you collect all the urine on campus from urinals, we could produce seven tons of fertiliser to offset the costs of the new system,” explains the researcher.

The idea developed by Dr. Dyllon Randall is coming off campus. The real estate giant GrowthPoint has already adopted this system. The collected urine is stored in the basement of its premises, then transported to the fertiliser production site.

Although this process saves water in the drought-stricken city of Cape Town, the potential for financial savings is also substantial, notably due to the increase in water tariffs in the city.

“By also collecting urine from women, we could double the amount of fertiliser produced,” said Janette Neethling, engineer at Partners in Development (PID).

The aptly named Liquid Gold (a Greencity Startup in South Africa), which operates among other things in urine processing, seeks to deploy about 1,000 units of these urinals in schools across the country where urine can be collected, stored and then transported for processing into fertiliser.