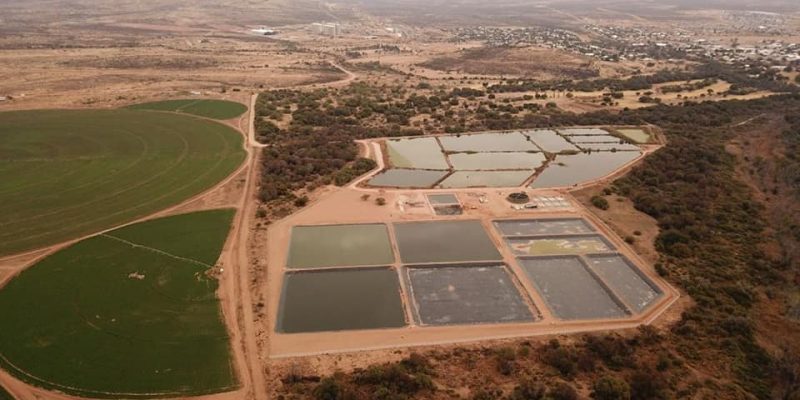 In South Africa, the Prieska wastewater treatment plant, built in the municipality of Siyathemba, is back in operation after rehabilitation. The plant now has a capacity of 3,600 m3 per day compared to 2,175 m3 before the project was implemented.

The Prieska wastewater treatment plant was re-started on August 17th, 2021, after about 15 months of work. The plant now has a capacity of 3,600 m3 of water per day. When the rehabilitation project started in March 2020, the plant was barely able to treat 2,175 m3 of effluent per day. “This capacity has become low due to the population growth in Prieska,” say the Northern Cape provincial authorities. Currently, the settlement in the municipality of Siyathemba has more than 14 246 inhabitants, compared to 11 236 in 2014, according to official figures.

As part of the project to expand the capacity of the Prieska plant, a settling sludge pump has been constructed. This sludge is passed through new drying beds. The Northern Cape Province authorities also mention the laying of a 247 m bulk sewer line, as well as the construction of four primary ponds.

The treated wastewater from the Prieska wastewater treatment plant is returned to the environment. This is an essential step in the preservation of the natural environment. Wastewater can contain metals such as mercury, which can have serious consequences for humans and animals if ingested.

The work carried out at the Prieska plant required an investment of 34.2 million South African rand, or more than 2.3 million dollars. The project is part of the South African government’s wider approach to environmental conservation through wastewater treatment. Treated wastewater can become an alternative solution to the water stress experienced by this southern African country.