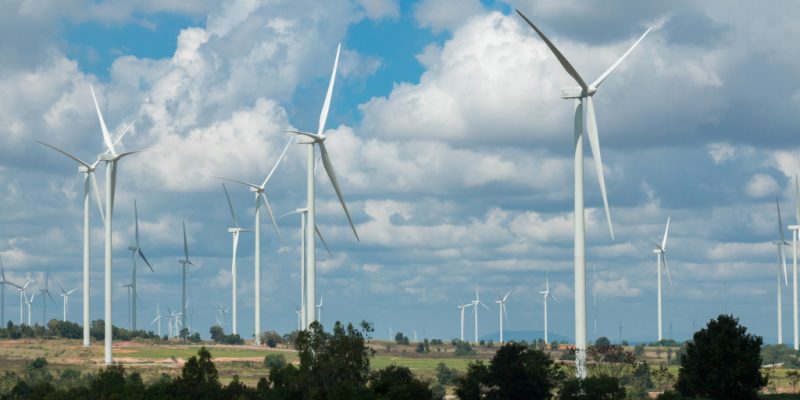 In South Africa, investor Norfund and UK Climate Investments (UKCI) announce an investment in a joint venture between H1 Holdings and Pele Green Energy to build 700 MW of wind power.

Norway is supporting the energy transition in South Africa. Its investment company Norfund announces an alliance with UK Climate Investments (UKCI), a $268 million-plus investment fund set up by the UK government’s Department for Business, Energy and Industrial Strategy and the Green Investment Group (GIG). The partnership involves the financing of a joint venture between investment company H1 Holdings and independent power producer (IPP) Pele Green Energy.

These two major players in South Africa’s energy transition will have a 40% stake in the construction of 700 MW of wind power in the coming years. The financing of Norfund and Ukci is therefore necessary for the realization of this project with the Italian IPP Enel Green Power. For Norfund, this is one of the largest equity investments in the renewable energy sector in South Africa, valued at approximately $100 million.

This transaction is part of South Africa’s energy transition. The rainbow nation is expected to receive $8.5 billion in investments over the next few years to help it move away from coal. This extractive energy will be replaced by facilities like those planned by Enel Green Power, H1 Holdings and Pele Green Energy.

“Norfund believes that providing increased access to affordable renewable energy is an effective way to help create jobs and improve lives. Increasing the share of renewable energy in South Africa’s electricity mix is also an important contribution to mitigating the climate crisis. We are convinced that this new partnership will be an effective tool to achieve our common goals,” says Bjørnar Baugerud, Norfund’s Vice President of Clean Energy.

Enel Green Power will have a 60% stake in the project to develop 700 MW of wind power. These wind farms will be built under the 5th bidding window of the Renewable Energy Independent Power Producer Procurement (REIPPP). This phase will allow the production of 2,583 MW of clean energy through 25 power plants.