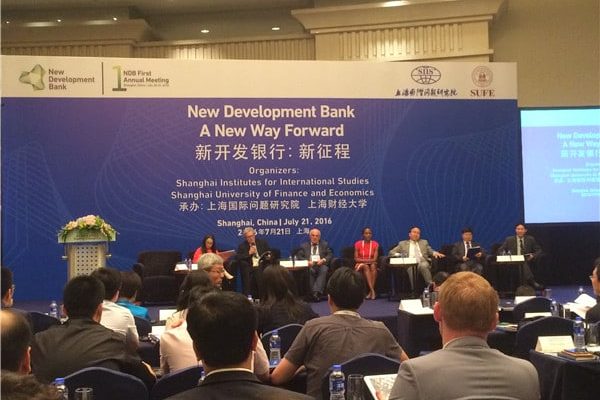 The board of directors of the New Development Bank (dubbed NBD in French) met on July 20, 2018 and agreed on a $300 million loan to the South African government to finance a project to reduce greenhouse gas emissions and develop the energy sector.

A $300 million loan will reach the South African state through the Development Bank of Southern Africa (DBSA). Granted without sovereign guarantee, it is intended to finance sustainable development projects in the energy sector in South Africa. To help reduce carbon dioxide emissions, increase energy efficiency, and increase the share of renewable energy in the country’s energy mix.

One who comes at the right moment

The new South African government has resolutely turned towards the development of renewable energies. To reduce its energy dependence on coal (85% of the energy mix), Pretoria announced a series of calls for tenders in the renewable energy sector in early June 2018. Projects that will be dedicated to independent producers and whose allocation should start in November 2018, releasing investments of up to 50 billion rand (3.95 billion dollars).

There is no doubt that the $300 million granted by the NDB will contribute to the financing of predefined projects and those already under way.

To date, 27 projects have been signed, mainly in solar and wind power, adding 2,305 MW to the grid. Energy Minister Jeff Radebe said last June that his department was preparing initiatives in the area of natural liquefaction, which is one of its priorities. A strategy on gas production and consumption should be made public between July and August 2018.

NDB, an initiative of the BRICS group

NDB support to South Africa is part of an overall $600 million package. The other half will go to the People’s Republic of China for the construction of a new metro line in the densely populated city of Luoyang in central China.

With the approval of these two projects, the Bank’s total portfolio, which has placed sustainable infrastructure development at the heart of its operational strategy for 2017-2021, will reach more than $5.7 billion.

The New Development Bank belongs to the BRICS group. An acronym for a group of five countries (Brazil, Russia, India, China and South Africa). Created in June 2006, BRICS has been meeting at annual summits since 2011. The tenth BRICS Summit opened on Wednesday, July 25 2018 in Johannesburg, South Africa.