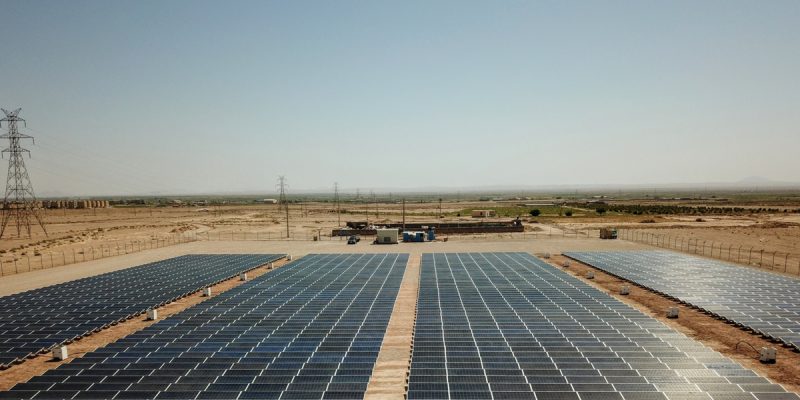 The Multilateral Investment Guarantee Agency (MIGA), a subsidiary of the World Bank Group, has recently issued guarantees amounting to some 116 million dollars to support four renewable energy power plant projects in South Africa. The future plants, with a combined installed capacity of 288 megawatts, will be built and developed by the energy company BioTherm Energy, a subsidiary of Actis.

The South African renewable energy development programme continues to gain momentum. The Multilateral Investment Guarantee Agency (MIGA) has granted guarantees worth around 116 million dollars to four renewable projects with a combined capacity of 288 megawatts (MW) planned in this southern African country. Guarantees distributed in the amount of $46.9 million for the Aggeneys and Konkoonsies II photovoltaic power plants in the Northern Cape and $68.9 million for the two wind power plants of Golden Valley and Excelsior, planned in the Eastern and Western Cape.

These guarantees cover the construction, ownership and operation of the four projects. They allow BioTherm Energy, the holder of these projects, to realize its investment while being protected against the risks of transfer, inconvertibility, expropriation, breach of contract, civil unrest and war, for a period of 15 years. “We are pleased to continue to work with experienced investors and promote investment across Africa despite the tense global environment,” said Executive Vice President of Miga, Hiroshi Matano. He added that Miga’s support will help “increase renewable energy capacity to meet demand, facilitate the diversification of South Africa’s energy mix and help reduce greenhouse gas emissions”.

Based in Johannesburg, South Africa, BioTherm Energy is one of the continent’s leading independent power producers (IPPs) with close to 400 MW of wind and solar projects under construction in South Africa and Kenya. Bought out 100% in August 2019 by the world’s leading emerging market investor Actis, BioTherm Energy, through its new renewable projects, intends to make a significant contribution to the implementation of the Independent Renewable Energy Supply Programme for Power Producers in South Africa (REIPPPP). The 288 MW generated by these projects will be sold for 20 years to Eskom, the South African electricity distribution company, under a power purchase agreement (PPA) that the two entities signed in 2018.

The REIPPPP has already supported the installation of 6.4 gigawatts (GW) of renewable energy and has attracted more than $13.5 billion in investment in South Africa. One of the objectives of this programme is to increase the installed capacity of solar and wind power in South Africa to 19 GW by 2030.