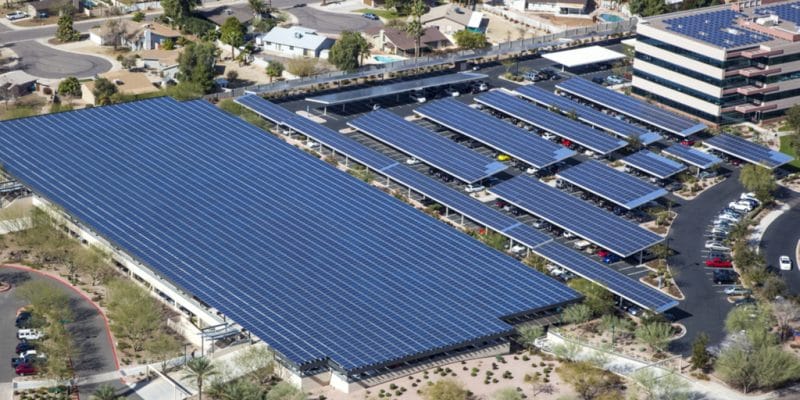 Liquid Telecom's headquarters in South Africa recently acquired a solar off grid with a battery storage system. It is not the first company of the Zimbabwean telecommunications group Econet Wireless to turn to the solar off grid.

Following the example of several companies in South Africa, Liquid Telecom, a subsidiary of the Zimbabwean telecommunications group Econet Wireless, has just acquired a solar off grid. It was installed by Distributed Power Africa (DPA) at the company’s headquarters in Midrand, Johannesburg, South Africa.

The off grid is equipped with solar panels installed on the company’s roof and carports, as well as in Liquid Telecom’s data centre. These solar panels have a production capacity of 1.2 MW and are connected to an electricity storage system that runs on Powerwall batteries supplied by the American company Tesla.

This solar off grid is an alternative for Liquid Telecom, which thus becomes autonomous from the network of the South African public company Eskom. In 2019, the failure of Eskom’s network caused the closure of Liquid Telecom, an optical fibre supplier, in 2019. Elsewhere in Africa, and specifically in Zimbabwe, the Econet group is suffering losses due to the failure of the national network.

To overcome this problem, it has signed an agreement with DPA to equip its agencies with solar off-grid systems. Recently, the off-grid supplier installed 1,435 solar panels at the Econet branch in Willowvale, a business district in Zimbabwe’s capital Harare. The off grid is capable of producing 466 kWp. Before installing it, Econet Wireless obtained permission to use this energy off grid from the Zimbabwe Energy Regulatory Authority (ZERA). The company will operate the facility as a private electricity producer (IPP) for a renewable period of 25 years. Like Willowvale, several Econet Wireless agencies have been equipped with solar off-grid systems in Zimbabwe.