SOUTH AFRICA: Kangnas wind farm to be commissioned by end 2020 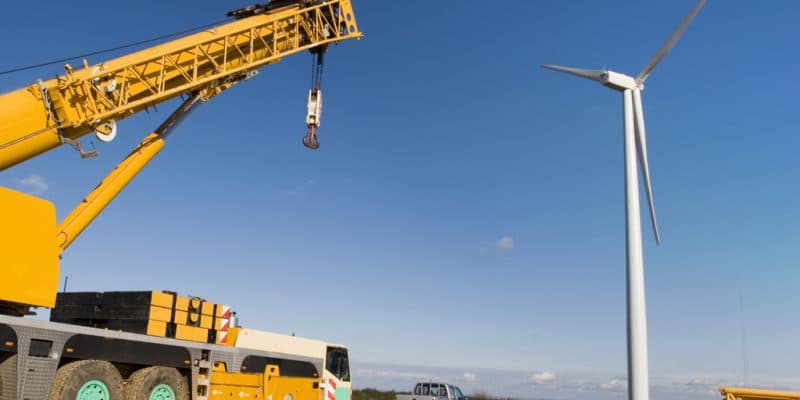 Sweden-based independent power producer (IPP) Mainstream Renewable Power has announced the delivery of the Kangnas wind farm in the North Cape Province of South Africa by the end of 2020. It will provide 140 MW.

Work is progressing on the Kangnas wind farm construction site in the Nama Khoi municipal area of North Cape Province. Mainstream Renewable Power, the Swedish company involved in the development of this project, says that the foundations of the wind turbines have been completed and that a wind turbine has even been assembled. The work is being carried out by the Spanish-German company Siemens Gamesa Renewable Energy.

“We are currently providing work to more than 275 men and women in the local community of Springbok, as this part of the construction process is the most labour-intensive,” says Cebo Ngcai, deputy director of the Kangnas Wind Farm Construction Project. He also indicates that the assembly of a turbine takes about a day, “assuming the weather is favourable”. This includes six hours for the final lifting of the rotor, and almost three hours of pre-assembly work.

An expected capacity of 140 MW

Mainstream Renewable Power also reports that it is ahead of schedule for the commercial commissioning of the Kangnas wind farm. The work is expected to be completed by the end of 2020. The wind farm will consist of a total of 61 Siemens Gamesa SWT-2.3-108 wind turbines with a capacity of 2.3 MW each. The same models of wind turbines are also supplied for the Perdekraal wind farm.

The 168 m high turbine is equipped with a three-bladed rotor with a diameter of 108 m each. Each turbine is mounted on a 115 m high tubular steel tube tower and will run at an average speed of 15 rpm. This project also includes the construction of a 12.8 km long 132 kV dual circuit overhead line and a substation to increase the voltage from 132 kV to 220 kV. It is from these installations that the electricity will be fed into the grid of the state-owned company Eskom, which has undertaken to buy it back over a period of 20 years.

This electricity will supply 120,000 households. It should also avoid about 550,000 tonnes of carbon emissions per year. The Kangnas wind project is being developed by a consortium consisting of Mainstream, Lekela Power, African Rainbow Energy and Power (AREP), Kangnas Renewable Energy Community Trust, Old Mutual Life Assurance Company and H1 Holdings.